Applause Entertainment and Nandita Das Initiatives, announce the release date of the much-anticipated film ‘Zwigato’, starring Kapil Sharma and Shahana Goswami. The film is set to hit the big screen on March 17, 2023. 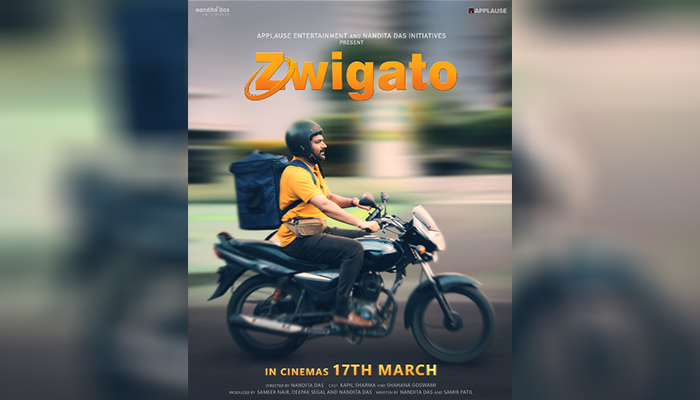 Sharing the motion poster, Applause Entertainment wrote on social media, “The most awaited order of the year is finally arriving! Zwigato. In Cinemas on 17th March. A heartwarming tale about a food delivery rider, starring Kapil Sharma and Shahana Goswami. Written and Directed by Nandita Das. #ZwigatoOn17thMarch.”

Set in the seldom seen city of Bhubaneswar, Zwigato follows the story of a food delivery rider who grapples with the world of ratings and algorithms.

Written and directed by Nandita Das, this highly topical film delves into the lives of ‘ordinary people’. If you are looking for a heartfelt, thought provoking and an immersive experience, then put it on your calendar right away.