The talented actress Zareen Khan, who has previously stunned everyone with her performances in several films, has taken a different route with her next film. For Hum Bhi Akele Tum Bhi Akele, her next release, Zareen plays a homosexual character. The movie, a beautiful story of two individuals Veer and Mansi – a gay guy and a lesbian girl – on a road trip, is aimed at challenging the social prejudices and the stigma attached to homosexuality in India. 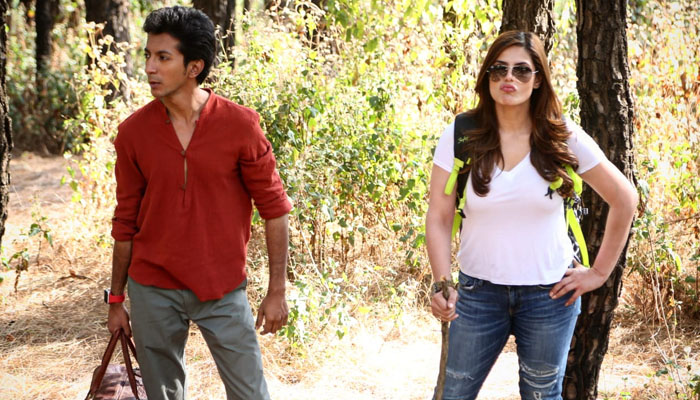 While several mainstream actors – both male and female – have shied away from playing homosexual characters in films, Zareen has taken it upon herself to shed light on the ills in the society. The film, helmed by Angrezi Mein Kehte Hai director Harish Vyas, has been shot completely in and around Delhi, Noida and Dharamshala. Hum Bhi Akele Tum Bhi Akele has Anshuman Jha playing the male lead Veer and also doubling up as a producer on the project.

Zareen shares, “Hum Bhi Akele Tum Bhi Akele is a humane story of two individuals Veer and Mansi – Veer who’s gay and Mansi, who’s a lesbian. This is the story of their friendship and is about a road trip and how the turn of events change their lives. It’s a story that’s close to my heart and needs to come out in the society, especially in a country like India.

Despite having fought for our Independence and having the freedom, and section 377 being approved, there are still families in which you can’t walk up and confess your sexual orientation. So freedom is still not completely there in certain sections of society and in some families, although the Government has approved it.” But she adds that the film isn’t preachy at all.

The film deals with the topic of homosexuality but in a humorous way. It premiered at the South Asian international Film Festival in New York, Manhattan last year November where it won the Best Film Award. The film was also showcased this year in January at the Rajasthan Film Festival, where it won Best Director, Best Actor and Best Actress award. So yes, we’ve been receiving a lot of appreciation.

The film is now being readied for a digital release. “It was slated for a March release but the lockdown was announced and we were hoping the lockdown will get over by May but it did not. I don’t think it’s sensible to wait more for the theatres to open up and then release it. There’s uncertainty of when that’s going to happen. So the makers have decided to release it on OTT platforms as many other films,” Zareen signs off. A role like this might need a lot of gumption and heart, kudos to Zareen for taking it up.