Dharma Productions is set to release its Sidharth Malhotra-led action film Yodha in theatres on July 7, 2023. The movie is directed by debutant duo Pushkar Ojha and Sagar Ambre. Filmmaker Karan Johar’s Dharma Productions and Shashank Khaitan’s Mentor Disciple Films have bankrolled the film. It was earlier supposed to release on November 11 this year. 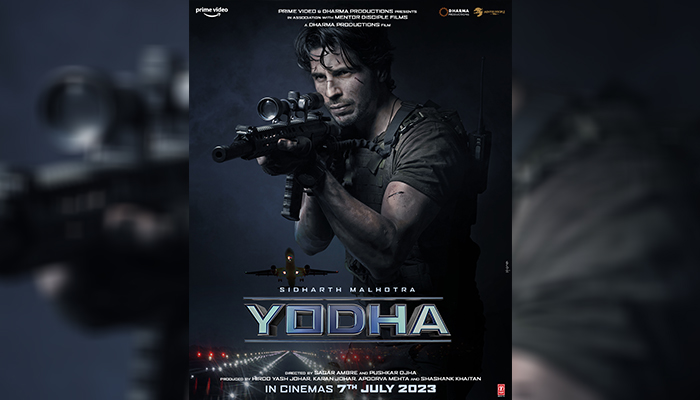 The makers announced the release date of Yodha in a press note, which read, “Sidharth Malhotra’s #Yodha to release on 7th July 2023 in cinemas.”

Last year, Karan Johar had announced his ‘first action franchise’ with a motion poster of sorts. The clip began with a glimpse of a burning plane, before the camera zoomed in and focused on Sidharth Malhotra’s character, wearing combat gear and looking ready for a fight.

Johar wrote in his post, “After conquering the peaks, I am proud to present Sidharth Malhotra back with power in the first of the action franchise by Dharma Productions – #Yodha. Directed by the dynamic duo – Sagar Ambre & Pushkar Ojha. Landing in cinemas near you on 11th November, 2022.”