After the blockbuster success of their last collaboration, ‘Naach Meri Rani’, a cutting edge track by Bhushan Kumar’s T-Series that went on to cross 700+ million views on YouTube, Guru Randhawa and Nora Fatehi reunite for ‘Dance Meri Rani’. Directed by Bosco Lewis Martis, the track introduces a new form of dance, not to mention stunning visuals that promises to blow your mind! 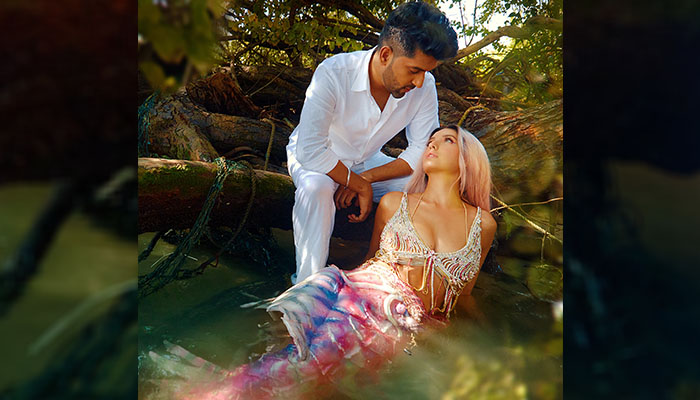 Says Guru Randhawa, “This track is radically different from Naach Meri Rani and we’ve really tried to experiment with the dance form.”

Adds director Bosco Lewis Martis, “It’s never easy while attempting a new dance form. We’ve incorporated some Afro moves and everything from the choreography to the visuals have never been attempted before.”

But a lot of blood, sweat and effort went into the making of ‘Dance Meri Rani’, as the king of pop and the country’s most sought after performer teamed up to push the envelope and spent hours in rigorous training and prep.

Says Nora Fatehi, “The moves are so hard but I’m really excited because this is a style I’ve been dying to execute in one of my songs.”

Guru Randhawa’s ‘Dance Meri Rani’ featuring Nora Fatehi is produced by Bhushan Kumar’s T-Series. Composed and penned by Tanishk Bagchi, directed by Bosco Lewis Martis, with vocals by Guru Randhawa and Zahrah S Khan, the track will be out on T-Series’ YouTube channel on the 21st December, 2021.