A new cinema is emerging with three noted filmmakers collaborating for a film. Telugu director Sukumar who shot to fame at the Pan India level with Pushpa, Bollywood director Vivek Agnihotri who is known for making contentious movies and has become popular across the nation with The Kashmir Files, and producer Abhishek Agarwal of Abhishek Agarwal Arts who made some path-breaking movies such as The Kashmir Files, and Karthikeya 2 will be working together. 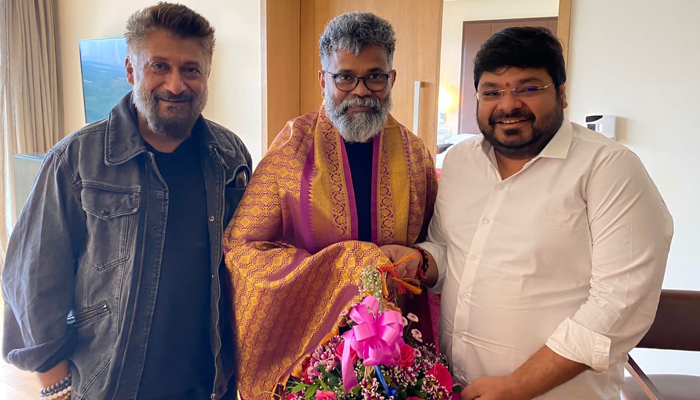 A source close to the film said, “The trio met and discussed the project. However, they haven’t revealed any details about the movie. This seems like an exciting collaboration with the deadly team of 3 working in partnership for a project.

Abhishek Agarwal and Vivek Agnihotri together delivered a massive blockbuster with The Kashmir Files. The duo will be working together on two more projects. In the meantime, they also announced this forthcoming venture.”

However further details on the film are still awaited including the cast and the director.