An exemplary leader of India, a renowned poet and a writer, Atal Bihari Vajpayee ji, India’s ex-Prime Minister was an excellent orator and a humane politician. Vinod Bhanushali and Sandeep Singh have acquired the rights to the bestselling book of India’s 3-time prime minister who was also one of the co-founders and a senior leader of the Bharatiya Janata Party (BJP). 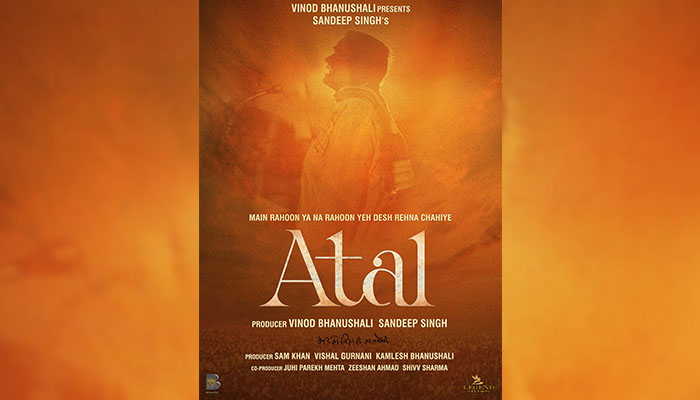 Producer Vinod Bhanushali said, “I have been a great fan of Atalji all my life. A born leader, a statesman par excellence, a visionary. Shri Atal Bihari Vajpayee ji was all the above. His contribution to our nation building is unparalleled, and it is our great honour that Bhanushali Studios Ltd is bringing his legacy to the silver screen.”

Filmmaker Sandeep Singh shared, “Shri Atal Bihari Vajpayee Ji was one of the greatest leaders of Indian history who won hearts of enemies with his words, who lead the nation affirmatively and created the blue print of progressive India. Being a filmmaker, I feel that cinema is the best medium to communicate such untold stories, that will unveil not only his political ideologies, but his humane and poetic aspects, that made him the most loved ” leader of opposition” as well as India’s most progressive Prime Minister.”

The makers, who are scouting for the actor to portray the role of Atal ji, will soon announce the actor and director of the film. Scheduled to go on floors in early 2023, the film will be released on Christmas 2023, which marks the 99th birth anniversary of Bharat Ratna Shri Atal Bihari Vajpayee Ji.