On the eve of Dussehra, actor Hrithik Roshan has started shooting for his film ‘Vikram Vedha’. The film is the Hindi remake of the 2017 Tamil hit ‘Vikram Vedha’, starring R Madhavan and Vijay Sethupathi. 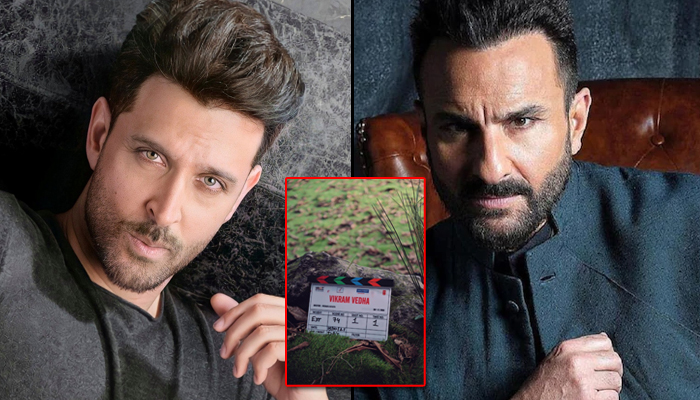 Film’s shooting announcement has also been shared on the official Instagram handle of Y Not Studios. “It begins! #VikramVedha,” a post read on Y Studios’ social media page.

According to the recent updates, Hrithik Roshan is playing Vedha, Saif Ali Khan is Vikram with Radhika Apte and Rohit Saraf reprising the roles played by Shraddha Srinath and Kathir respectively.

The ‘Vikram Vedha’ Hindi remake will be extensively shot in the UAE where the cast and crew are camped right now. The team will return to India after a month and the remaining portions will be shot in a Mumbai slum.

The film was helmed by Pushkar and Gayathri, who will also direct the Hindi remake. The announcement of the remake was made in the month of July this year. Since then, the remake has been creating a buzz among its fans. The release is already announced as September 22nd, 2022.