Tollywood superstar Vijay Deverakonda is all set to entertain the audience with his appearance in the upcoming movie titled ‘Liger’. Being a Pan Indian movie, it has Ananya Pandey as the lead actress. 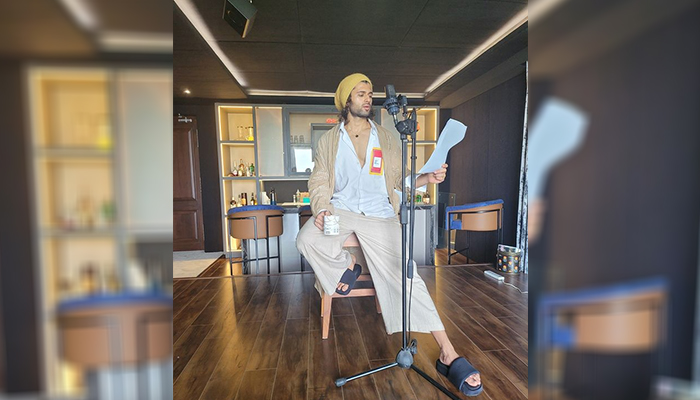 Vijay has shared the picture of his dubbing session and wrote, “Your boy is back -Work from home 🙂 Lets get things moving (Sic).”

In the picture, Vijay sported a uber-cool look in a white shirt with beige pants, black slippers and is seated on a wooden stool. He had a coffee mug in his right hand while he had the dubbing script in his left hand.

Liger is a joint Hindi-Telugu production- Karan Johar, Charmme Kaur, and Puri Jagannadh have come together to produce the movie under the Dharma Productions, Puri Connects banners. It has been shot simultaneously in Hindi and Telugu and is to be released in Hindi, Tamil, and Telugu.

Vijay will essay the role of a boxer and thus he is undergoing martial arts training to best fit the bill. The film will also features Ramya Krishnan, Ronit Roy, Vishu Reddy, among others. It will mark Vijay’s first Bollywood venture. It will also be Ananya’s first Telugu film.