Beating the uncertainties of 2020-21, Panorama Studios’ Khuda Haafiz Chapter II – Agni Pariksha hit the floors with a bang and it now wraps up its schedule in Lucknow by dropping a candid picture that shows the director of the film, Faruk Kabir sitting from across the lead actor Vidyut Jammwal. 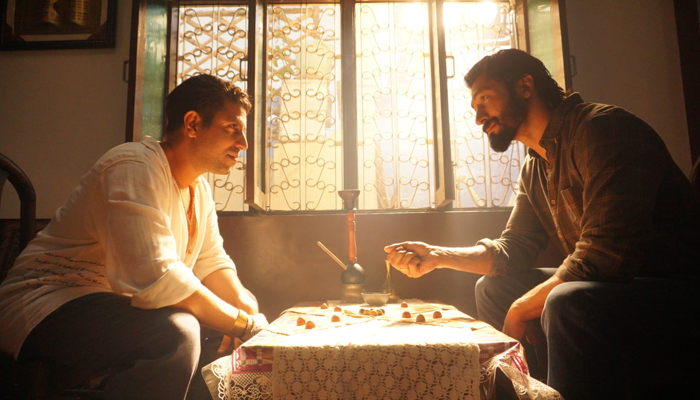 The director also took to his social media and uploaded a picture of a clapboard that declared the wrap-up. His directorial has completed almost 80% of the shoot and the remaining chunk will be intensively shot in the upcoming days. Starring Vidyut Jammwal and Shivaleeka Oberoi, the upcoming movie stirs excitement among the viewers as the director and the lead actors share entertaining behind-the-scenes moments.

Filmmaker, Faruk Kabir says, “I have to say that Lucknow showed us a great time. We lived like a family for almost two months. The film’s team was relentless in ensuring that we finished the day’s work as planned. We’re happy that the schedule has concluded within the intended number of days. The team is at it to be certain that we bring the audience an intense action love story very soon.”

The second chapter outlines the intense action love story between the lead characters essayed by Vidyut Jammwal and Shivaleeka Oberoi, who are both tasked with facing challenges posed by circumstances and society.