In addition to winning hearts with her impeccable acting skills, the powerhouse performer Vidya Balan is also acing the Instagram content creating space with her viral reels! The supremely talented actress is not only offering a streak of successful films for the audience but also presenting some really cool reels adapting to the trends on Instagram. 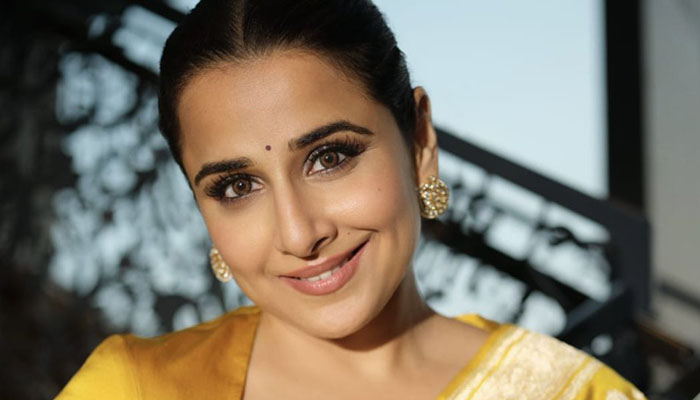 Vidya Balan is touted as the pioneer of women representation in Indian films and is currently basking in the success of her hattrick on OTT with the back to back releases of Shakuntala Devi, Sherni and Jalsa, ruling the digital platform with her remarkable performances.

The latest release explores the grey side of Vidya Balan as the actress ventures into the uncharted territory of a flawed character caught in an emotional turmoil. Playing the role of a high profile journalist, Maya Menon in the thriller drama, the actress has nailed the role and lately has been receiving accolades for her performance from all quarters.

It’s almost a month since the release, however, the national award winning actress is still celebrating the movie’ success and stating the same, she posted a reel on her Instagram.

Vidya used a trending audio where a lady laughs sarcastically and says ‘don’t be ridiculous’ at the end in a rather firm tone. She captioned the video as ‘When people ask me if I am done Celebrating Jalsa’.

Jalsa released on the 18th March 2022 on Amazon Prime Video. Currently gearing up for her untitled film with Pratik Gandhi and Ileana D’Cruz, Vidya Balan is also set to begin shoot for Anu Menon’s next.