Venkatesh Daggubati, who recently concluded filming on Jeethu Joseph’s Drushyam 2, is looking forward to seeing the film in theatres. On Saturday, September 18, the makers announced that the first look and motion poster of the film will be unveiled on September 20 at 10.08 am. Directed by Jeethu Joseph, Drushyam 2 stars Venkatesh, Meena, Kruthika Jayakumar and Esther Anil in pivotal roles. 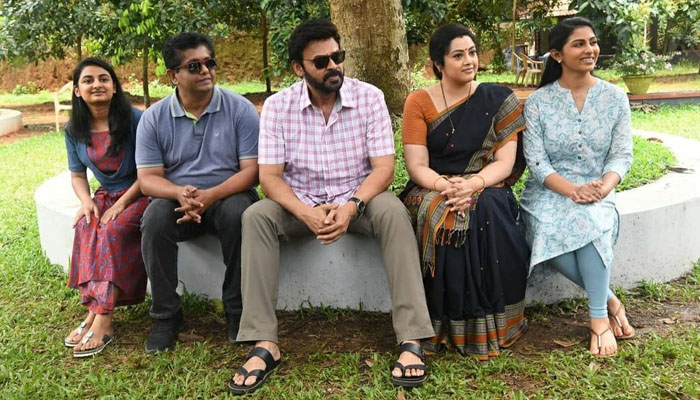 The cast and crew of Drushyam 2, who began shooting in February, called it a wrap in April. Now, the makers are all set to unveil the first look and motion poster on September 20 at 10.08 am. Directed by Jeethu Joseph, Drushyam 2 is the Telugu remake of the Malayalam film Drishyam 2 starring Mohanlal, Anjali Nair and Meena.

Sharing the happy news about Drushyam 2, Suresh Productions wrote, “In his world, the visuals are deceptive… Rambabu will be back on September 20th at 10:08 am (sic).”

Drushyam 2 is a sequel to Drushyam directed by Sripriya which starred Meena, Kruthika Jayakumar, Esther Anil and Venkatesh. Drushyam 2 is directed by Jeethu Joseph and will see the original cast reprising their respective roles.

Fans have been eagerly waiting for the film’s release in theatres. The makers will announce the release date once theatres across India reopen to full occupancy.