Vatsal Sheth and Ishita Dutta are keeping positive by working on multiple things during the lockdown. The lockdown has been pretty difficult for everyone but here is one couple who made sure to look at the brighter side. Vatsal Sheth and Ishita Dutta have been focusing their energies on multiple things such as the humor videos, Vatsal plays the flute, Ishita took to painting, short films and now a music video. 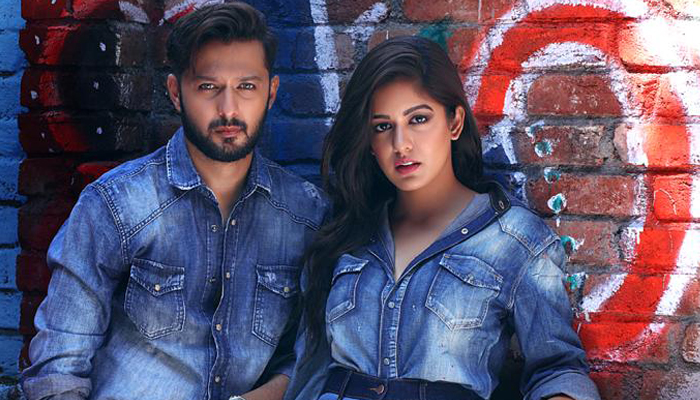 They started creating videos at home which got really popular . They then made a short film and with that, Vatsal Sheth productions was launched. Vatsal turned into a director and it has got some great feedback. They then shot a music video at home which Vatsal directed. All of them was loved by the fans and well wishers. It’s difficult just to stay at home all the time.

The power couple has focused their energies on the positives and they have well entertained us. As actors they have continued to entertain us even during the lockdown. We spoke to the couple and here is what they have to say, “We both have been very creative. We try to create opportunities. We made a short film called Kahaa toh tha. I launched my production house called Vatsal Sheth films. It was completely shot by us and at home”.

We made a music video called rehne do zara. It was shot at home and completely directed by me. It has got us a lot of great feedback. We have been constantly creating funny videos. The idea is to keep ourselves busy and occupied. Since the day of lockdown, me and Ishita decided that we are not going to sit and get depressed and cry but we are going to make the best of it”, he adds.

They have given us major couple goals time and again and here now they have raised the bar. The short film was lovely and so are their banter videos. At such times of distress we really look forward to more from these couple who have been entertaining us completely.