The world we are living in is a tough place right now, tensions are high and the future seems bleak. Sometimes the only option we have is to express ourselves through art, and that’s exactly what Vardhan Puri did. The rising star took to Instagram to post a video of himself recreating Charlie Chaplin’s monologue from the movie ‘The Great Dictator’. 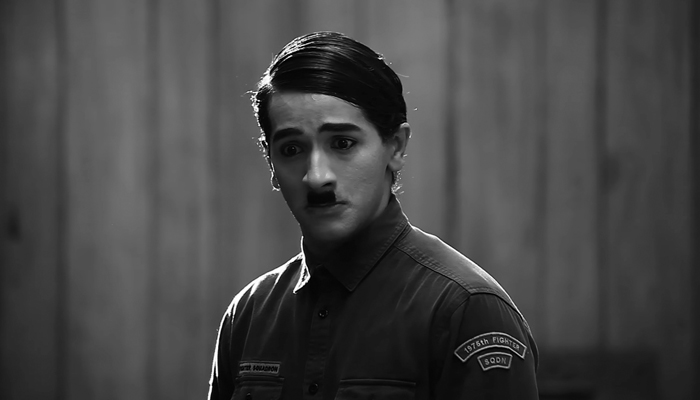 In his video, Vardhan portrayed the character of Adenoid Henkyl, Chaplin’s character based on Adolf Hitler. Vardhan shared the video with the caption, ‘The world and its people need to hear this now more than ever. So relevant. So necessary. Presenting to you a screentest of mine from Chaplin’s ‘The Great Dictator’ (1940) in which the great man masterfully played a character by the name Henkyl that was modelled on Adolf Hitler.’

Vardhan’s video was an instant hit on social media with his fans and peers really appreciating the message of the monologue, as well as his acting. The video was such a good reminder that we are all suffering together and if we need to get through these tough times, we need to unite. Vardhan showcased his acting skills in the video and impressed everyone with his screen presence and how well he fit into the skin of the character.

He even perfected the time and accent of the character. Vardhan truly captured the essence of the role and stunned us with how amazing his portrayal of Henkyl was. This video really struck a chord with us because of how powerful the dialogue is and how incredibly relevant the scene is even today, 80 years after the movie originally released.

Actors like Vardhan are the future of the film industry and from everything we’ve seen so far, the future looks bright. We’re so glad artists like Vardhan are using their art to heal and inform their fans. Vardhan was last seen in his debut movie, Yeh Saali Aashiqui and we can’t wait to see what more he has in store for us.