It is well known that Vardhan Puri was an AD on the Sushant Singh Film, Shuddh Desi Romance before he debuted as an actor. The actor took to Instagram to share his experience with Sushant as tribute to the latter. 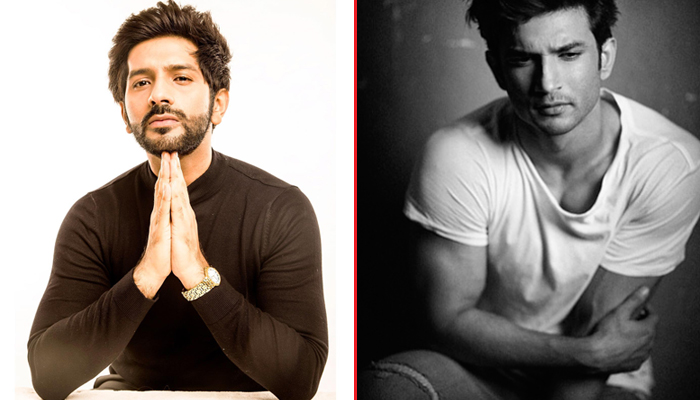 “Death doesn’t scare me; in fact it excites me. It makes me wonder what lies on the other side. When I die, I hope I’m fully aware, just so that I can make notes in my diary and then somehow find a way back to this planet and write about my experiences. That’ll be fascinating. What say?” (sic)” Vardhan wrote, re-iterating his conversation with Sushant on the sets of the film.

“This is a conversation I had with @sushantsinghrajput in Jaipur, a few minutes post pack up of a long but satisfying day of shoot at Jauhari Bazaar, Jaipur city, Rajasthan, during the production schedule of ‘Shuddh Desi Romance.’ I was an AD on the film and was deeply affected by the language @sushantsinghrajput spoke. His eyes twinkled every time he spoke about something that made him curious.

He opened his mouth wide and looked into the sky every time somebody spoke about a fact that he wasn’t aware of earlier and quickly made a note of it on his phone. There was something about him that made me realise that this man I was working with was extraordinary. My accomplice and fellow AD” said Vardhan on his Instagram post.

It has been a year since the actor’s demise and the industry mourns together. Vardhan Puri’s post on Instagram is surely a reminder to us all of the beautiful memories that Sushant Singh Rajput left behind as a part of his legacy.