Vaibhav Tatwawaadi who has made an impact on the audience with movies like ‘Hunterrr’, ‘Bajirao Mastani’ will be teaming up with Anjali Patil of ‘Kaala’, Newton’ fame for the upcoming romantic drama. The untitled movie has begun the shoot and will be directed by National Award-winning director Makarand Mane. The film would be produced by Autumn Breeze Filmz. 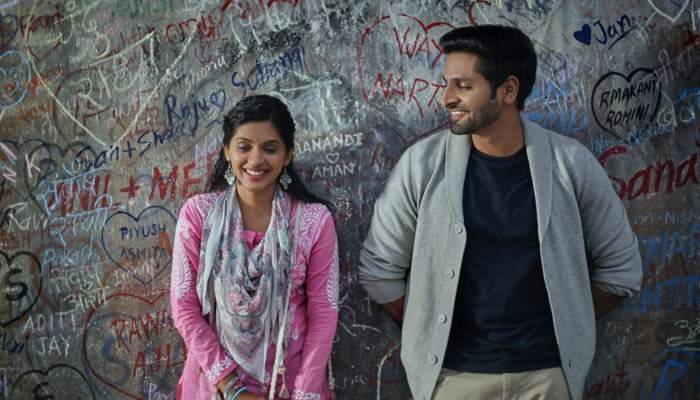 Talking about the project, the ace director shared, “I loved the simplicity and relatability of the script as soon as I heard it for the first time, and I was immediately on board. “

Vaibhav Tatwawaadi says, “As soon as I heard the narration, I was hooked on to it, it’s a feel-good film and will appeal to all. I have always wanted to work with Makarand Mane as I like his sensibilities with the way he deals with the subject.”

Talking about being part of such a collaboration, Anjali Patil said, “The film’s story is absolutely relatable to this generation and this being the passion project of Autumn Breeze Filmz I was absolutely excited to be part of it, to be associated with People who share their passion and values for cinema.”

Produced by Autumn Breeze Filmz, the romantic drama starring Vaibhav Tatwawaadi and Anjali Patil has already gone on floor and the shoot is happening in Pune.