After much buzz and rumors about who is finally going to play opposite Akshay Kumar in his upcoming hyped movie Bell Bottom. The news has been now confirmed of Vaani Kapoor playing the role of Akshay Kumar’s lady in the venture. She has been finalized to play the female lead after many discussions of several names. Vaani Kapoor was last seen in the biggest blockbuster of 2019, War, along with Hrithik Roshan and Tiger Shroff. 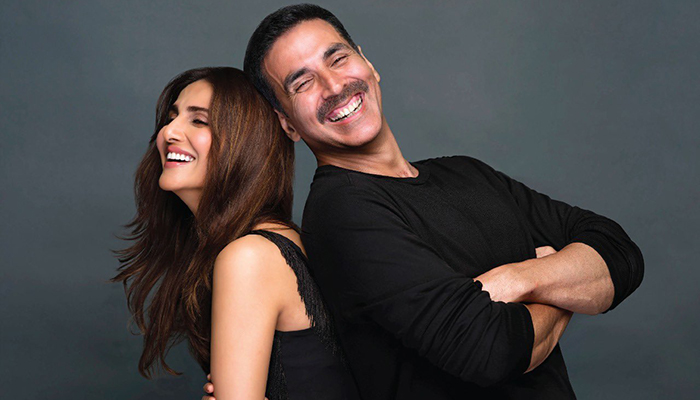 The film is set in the 80s and it looks like the team is ready to kick-start the project. Vaani took to her Instagram to share a couple of pictures with Akshay Kumar as they looked absolutely dapper together. The caption reads, “Super Super Thrilled & Excited for this one !! Teaming up with the one & only @akshaykumar Sir Can’t wait !!! #Bellbottom Let’s get this started ❤️”.

For Bhagnani, it was the film’s script that made him opt for a completely fresh pairing. He says, “Vaani is an intelligent actor and I have loved all her performance. The female lead in Bell Bottom has to be in sync with Akshay sir’s screen persona. The role is meaty and I am confident that Vaani will ace this one.”

Sharing her excitement about the film, and especially at being paired with Kumar for the first time, Kapoor says, “I am elated to share screen space with Akshay sir. I am also thrileed to partnet with Pooja Entertainment who have already made me feel at home, right at this initial stage of our fil. I’m hoping that this excitement will translate beautifully on screen.”

Talking about Kapoor’s onscreen character, Ranjit M Tewari says, ‘Vaani’s character in the film is extremely intriguring. She has a certain flair and we’re all very excited to have her on board!” Pooja Entertainment presents in association with Emmay Entertainment, Bell Bottom.

Produced by Vashu Bhagnani, Jackky Bhagnani, Deepshikha Deshmukh, Monisha Advani, Madhu Bhojwani & Nikkhil Advani. Directed by Ranjit M Tewari, the movie tell the story of one of Indaia’s forgotten heroos and is scheduled to go floors this year. It is written by Aseen Arrora and Parveez Shaikh. Bell Bottom to release on April 2, 2021.