Sooraj Barjayta’s directorial Uunchai is doing well despite all odds. In spite of being made on a low budget with minimal promotion and marketing, as well as several controversies, the film is experiencing phenomenal growth in theatres. Uunchai released in the theatres on November 11. 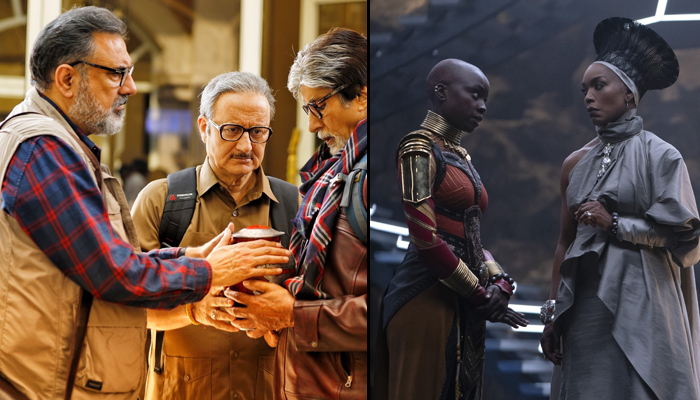 Starring Amitabh Bachchan, Anupam Kher, Boman Irani and Danny Denzongpa. The film got a relatively small release, with just 483 screens and four shows in a day. Even then, Uunchai, which also features Parineeti Chopra, Neena Gupta and Sarika. And with a positive word of mouth, the film would continue to pick up at the box office.

On Friday, the film was opened on a decent note and did a business of 1.81 crores nett. On Saturday, Uunchai witnessed a massive growth of 101.10% vis-a-vis Friday and minted an amount of 3.64 crores. Then on Sunday, with another huge jump, it managed to score 4.71 crores. After 3 days, it has registered a total of 10.16 crores at domestic box office.

On the other hand, the large-scale American superhero film Black Panther: Wakanda Forever starring Letitia Wright has received positive reviews from the critics as well as audience. As the result, the film is doing amazing business at the Indian box office.

On the opening day, Marvel Studios’ production was opened at 11.70 crores. On the next day i.e Saturday, it had shown minimal growth on Saturday and raked an amount of 13.70 crores. While on Sunday, it managed to collect 13.85 crores and has registered a 3-day total collection of 39.25 crores nett at the Indian box office.