After the three successful weeks, Vicky Kaushal, Yami Gautam, Paresh Rawal and Kirti Kulhari starrer Uri: The Surgical Strike showed a solid uptrend over its fourth weekend as well despite having the new release Ek Ladki Ko Dekha Toh Aisa Laga in parallel at the box office. In multiplexes, it still has enough hold over the audience and heading unaffectedly to achieve more height. 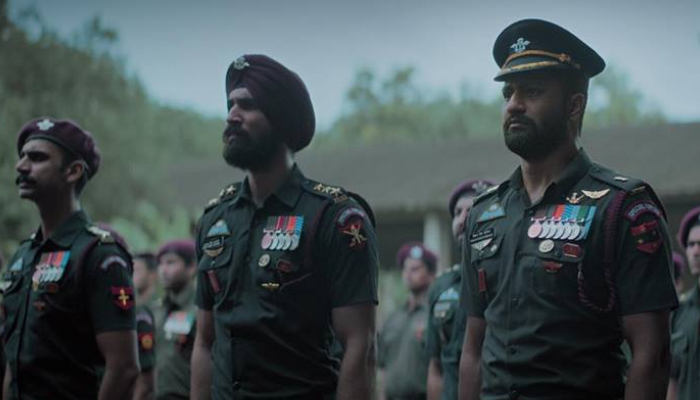 Directed by Aditya Dhar, this action drama has got succeed to hit the target right and received mostly positive reviews from the critics as well as the audience. As a result, it gained a strong word of mouth and still, the occupancy is the highest amongst all and many evening shows were actually running housefull.

Now it is running in the fourth week and passed the weekend on a decent note. On 4th Friday, it remained rock-steady as compared to the previous day and minted 3.44 crores. On the next day i.e. 4th Saturday, it took a fair jump and minted the amount of 6.61 crores. Then on 4th Sunday, the movie collected 8.86 crores and raised 24 days total to 189.43 crores.