After passing three weeks on an excellent note, Aditya Dhar’s Uri The Surgical Strike has no mood to slow down in the fourth week. Despite having Kangana’s Manikarnika, the newly released Ek Ladki Ko Dekha Toh Aisa Laga in the opposite, this action showed good hold over the audience on its fourth Saturday. 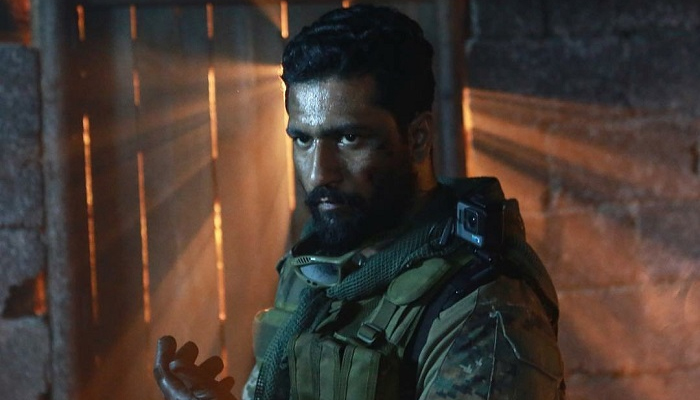 After getting positive reviews from viewers, the movie gained strong word of mouth and showed terrific performance at the box office so far. Uri – The Surgical Strike is based on the surgical strikes which were carried out by the Indian army in 2016. Directed by Aditya Dhar and it has been produced by Ronnie Screwvala.

Starring Vicky Kaushal, Yami Gautam, Paresh Rawal and Kirti Kulhari in lead roles, Uri: The Surgical Strike opened on a solid note and registered an excellent business of 70.94 crores in the first week from 1200 screens. In the second week as well, it maintained a good pace and minted the amount of 62.54 crores.

Then in the third week also, Uri: The Surgical Strike refused to slow-down and bagged the amount of 37.04 crores that included 23.54 crores of the weekend and 13.50 of weekdays. After the 3 successful weeks, the total collection of the film had recorded 170.52 crores.

Now the movie is in it’s fourth week and enjoying the weekend on a decent note. On 4th Friday, Vicky-Yami starrer managed to collect the amount of 3.40 crore which is higher than previous day. On the next day i.e. Saturday, with some growth it minted the amount of 6.35 crore and made it’s 23 days domestic total as 180.27 crores.