The highly anticipated Hindi movie of the year, Uri The Surgical Strike is still showing its magic at the domestic box office. After the 2 very successful weeks and the strong third weekend, it is heading unaffectedly and showing superb performance despite the new release Manikarnika: The Queen of Jhansi & Thackeray. 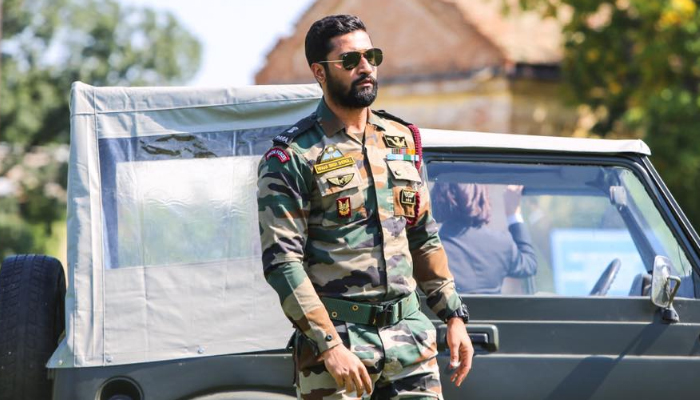 Directed by Aditya Dhar, Uri The Surgical Strike has gathered positive feedback from everyone and gained a solid word of mouth. As a result, it did the business of 70.94 crores in the opening week with 35.73 crores on the 4-days weekend and 35.21 crores on weekdays.

In the second week as well, Vicky and Yami starrer remained rock-steady and registered the business of 62.54 crores that included 38.22 crores on the weekend and 24.32 crores on weekdays. After 2 weeks, the total collection of the film was recorded at 133.48 crores.

Then in the third weekend also despite Manikarnika and Thackarey, Uri managed to score strong business of 23.54 crores, that included 4.40 crores on 3rd Friday, 9.86 crores on 3rd Saturday, and 9.28 crores on 3rd Sunday.

Now the movie is running on weekdays once again and still has enough hold over the audience. On 3rd Monday, it minted the amount of 3.43 crores. On the next day i.e. 3rd Tuesday, with a negligible dip, Uri: The Surgical Strike collected 3.39 crores and raised its 19 days total domestic collection to 163.84 crores.