Former Miss India Jhataleka Malhotra who is on the threshold of making her Big Bollywood debut with Tuesdays and Fridays bestows the special tribute to Sridevi in her recently released song “Funky Mohabbat” of the film. 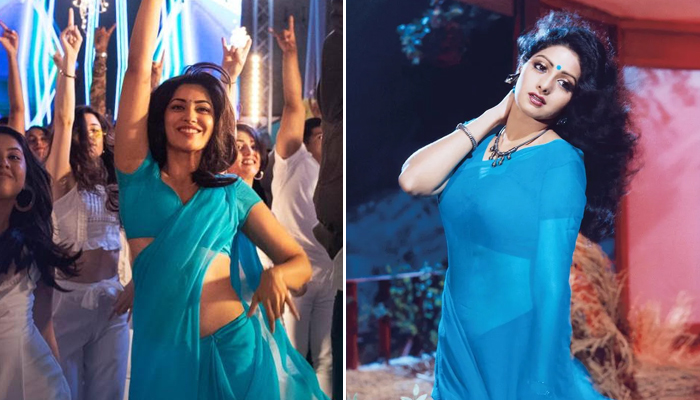 The actress opens up about how challenging it was donning the look of Sridevi from one of her iconic looks of the cult film ‘Mr.India’. Talking about the same Jhataleka says, “Since my childhood I have watched Sridevi and always looked up to her performances. I loved playing and donning one of her iconic looks from the hit film Mr.India.’

“It was difficult getting into the look because she had certainly set a benchmark for us all. The responsibility to deliver my best and match up to a look written down in the history of Bollywood did get me nervous. This song is my bit of a special tribute to one of my favorite heroines,” she addded.

While Jhataleka dons Sridevi’s avatars essentially from ‘Mr.India’, Anmol dresses up like Salman Khan had done in ‘Maine Pyar Kiya’. The two of them carry the look in the song so well and effortlessly that for a moment it gives you the glimpse of Sridevi and Salman Khan.

‘Tuesdays and Fridays’ is jointly produced by Sanjay Leela Bhansali and T-Series and directed by Taranveer Singh. The film was essentially shot in Mumbai and London and is all set to hit theatres on 19th Feb.