On Sunday, Nadiadwala Grandson Entertainment had announced that their film Heropanti 2 starring Tiger Shroff and Tara Sutaria will be released on May 6, 2022. However, they have now advanced the release date of the film. 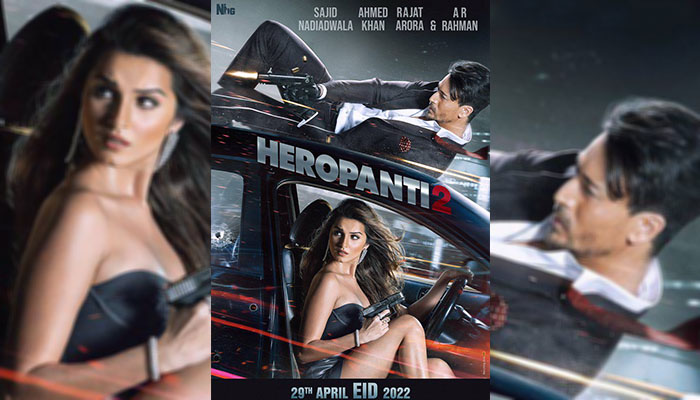 On Monday night, Tiger Shroff announced a new release date with brand new poster. He wrote, “Happy to announce that I share with you that our film #Heropanti2 will be releasing in theatres near you on Eid 2022! Agli Eid bitayenge aapke saath ❤️ @khan_ahmedasas @TaraSutaria @Nawazuddin_S @arrahman @rajatsaroraa @WardaNadiadwala @NGEMovies #sajidnadiadwala.”

The new date will see Heropanti 2 clashing at the box office with Ajay Devgn’s directorial Mayday. The actor also stars in the film, besides Amitabh Bachchan and Rakul Preet Singh.

The film is the sequel of Tiger Shroff and Kriti Sanon’s 2014 debut film ‘Heropanti’. The first look poster of ‘Heropanti 2’ was unveiled in February 2020. The movie will be directed by Ahmed Khan, who was also directed Tiger’s last release, ‘Baaghi 3’.

Tiger Shroff also has Ganpath Part 1 in his kitty, which reunites him with Heropanti co-star Kriti Sanon. The film, directed by Vikas Bahl, will arrive in theatres in December.