Tiger Shroff is the face of the modern day action star. On his day the actor can give any stuntman a run for his money as the fit actor is always upping his game. Tiger has been B-Town’s best action performing actor since his debut and he has yet again showed why he is the best while giving the fans a sneak peek into his Ganapath action rehearsals. 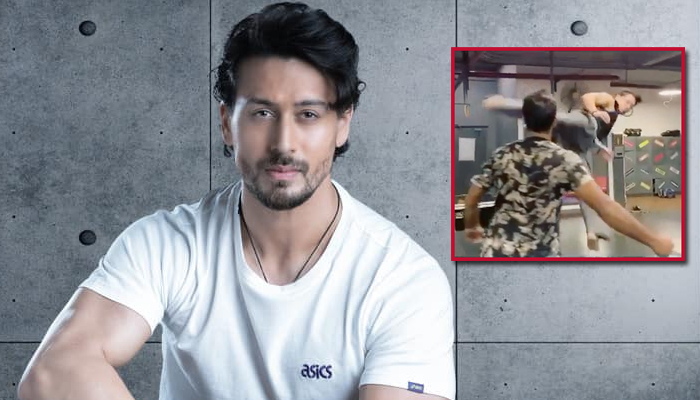 While rehearsing for the action, Tiger gave sneak peek into his session by sharing a video of him where he can be seen performing triple kicks and high jumps. The background music indicates a serious fight sequence.

He captioned the clip, “Here’s a small sneak peak into our #ganpath action rehearsals with the amazing @timman79. this is just the beginning guys hes pushed me beyond my limits…some amazing stuff coming soon stay tuned @jackkybhagnani #vikasbahl.”

Tiger’s Ganapath is all set to release in 2022 and makes him the face of yet another franchise as the makers have hinted at a part 2 sometime later.

Earlier this year Ganapath’s teaser was unveiled and it showed Tiger in a brawny avatar sitting on a throne-like a boss with a cigarette in one hand while showing off his chiselled body and washboard abs.

On the work front, while Tiger Shroff was last seen in Baaghi 3 starring Shraddha Kapoor, Riteish Deshmukh and others, he recently made his Hindi singing debut with ‘Vande Mataram’ for which the PM of India himself praised him. Tiger is currently working on various projects and will feature in movies like Heropanti 2, Baaghi 4 and Rambo alongwith Ganapath.