Bollywood superstars Salman Khan and Katrina Kaif are having a great time in Turkey as they shoot for Tiger 3. The actors met Turkey’s Tourism minister Mehmet Nuri Ersoy on Friday evening where they also interacted with the media present at the venue. 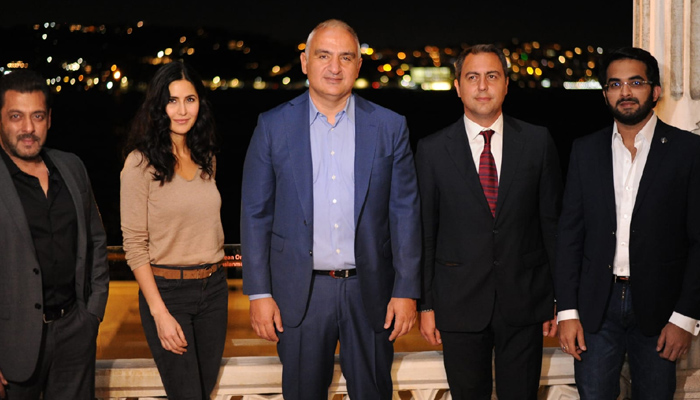 Mehmet Nuri Ersoy, minister of culture and tourism of Turkey, shared pictures with the duo on his social media handles, he wrote, “We came together with the famous actors of Bollywood, Salman Khan and Katrina Kaif, who are in our country for their new projects. Turkey will continue to host many international cinema projects (translated in English).”

Salman wore a black suit to the meeting while Katrina wore a beige top with black pants. In the pictures, the actors were seen meeting with the delegates and Salman even gave a fist bump to the tourism minister. Tiger 3 team has surely got a warm welcome and we can’t wait to see what magic the makers have for us this time.

Meanwhile, Emraan Hashmi recently joined the team of Tiger 3. Without giving out many details, he just revealed taking a flight to Turkey. Yesterday, he shared a picture post his workout. He looked real bada** with a full-grown beard and pumped-up triceps.

The first film of the franchise titled Ek Tha Tiger (2012) was helmed by Kabir Khan, while the second film Tiger Zinda Hai (2017) was directed by Ali Abbas Zafar. The third installment is being directed by Maneesh Sharma.