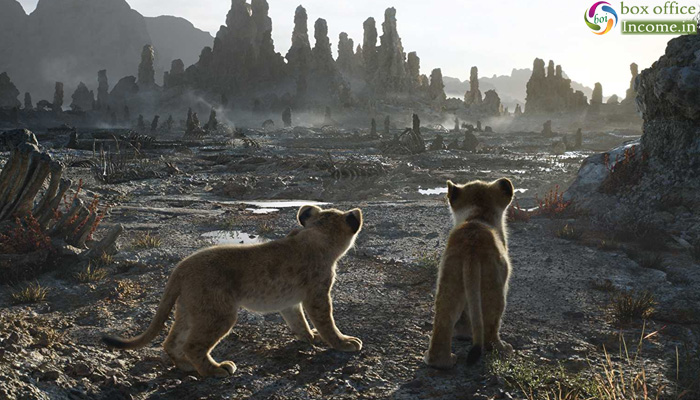 Presented by Walt Disney Studios, The Lion King has lived up to the expectations and got succeed to impress everyone in theatres. From the critics as well it has received very positive reviews and gathered a solid word of mouth across the country. The live-action adaptation of 1994’s animated film is getting a wonderful response from the Indian audience.

Then on weekdays, Walt Disney’ presentation remained steady and minted the amount of 3.58 crores on 2nd Monday, 3.31 crores on 2nd Tuesday & 3.15 crores on 2nd Wednesday. On the next day i.e. 2nd Thursday, with a further drop, it raked the business of 3.01 crores and raised its 2 weeks total collection to 127.32 crores nett.

In the next week, The Lion King will have Fast & Furious Presents: Hobbs & Shaw along with the hugely-buzzed Khandaani Shafakhana in its parallel. Both films attract the audience of metro cities, so the existing one is expected to remain steady in mass centres.