A film with a great impact, Vivek Ranjan Agnihotri’s ‘The Kashmir Files’ has changed the vision of the masses by bringing an unspoken yet most sensitive subject to the audience. The film has received critical acclamation from the critics and the audience which was well reflected at the box office that went on to collect record-breaking numbers. 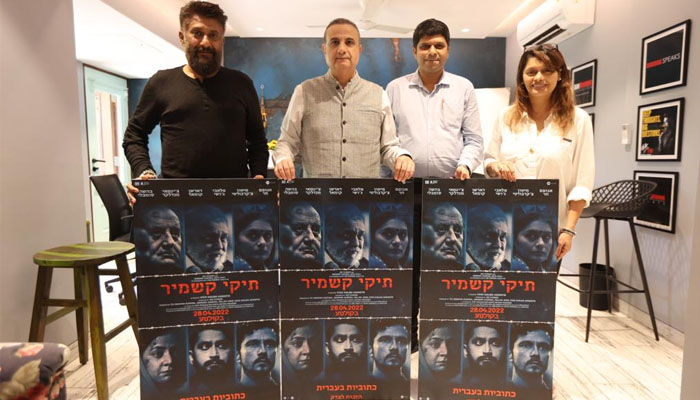 The vision of director Vivek Ranjan Agnihotri of delivering the message of social justice to the audience was well served in the film ‘The Kashmir Files’. The film made on a low budget went on to collect the record-breaking numbers at the box office globally.

While the film garnered immense love from the Indian audience, it has touched the hearts of many across the boundaries. After successfully running in cinemas for over a month, the film is all set to premiere in Israel with Hebrew subtitles on 28th April. It is specially subtitled for the mainstream audience of the region.