Maddock Films has delivered some memorable blockbuster and content-rich movies like Badlapur, Stree, Bala, Mimi and has never failed to entertain the audiences with its variety of offerings! 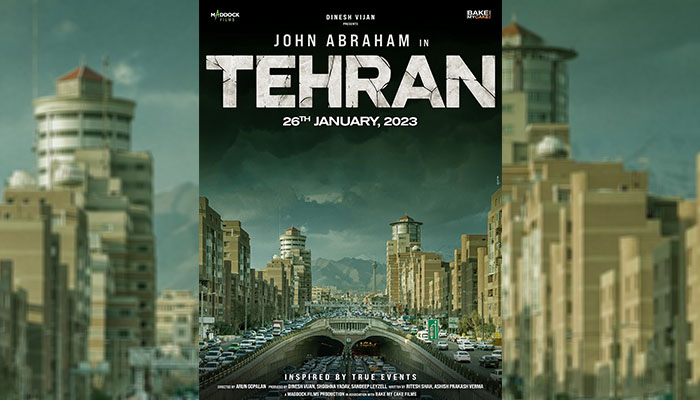 To add to their filmography, Maddock Films announces its next, an action-thriller Tehran starring John Abraham, directed by Arun Gopalan and written by Ritesh Shah and Ashish Prakash Verma. The film is inspired by true events.

The movie is slated to have a Republic Day release next year- 26 January 2023. A Maddock Films production in association with, Bake my Cake films, the John Abraham starrer Tehran, is produced by Dinesh Vijan, Shobhna Yadav and Sandeep Leyzell.

John Abraham took to his social media account and shared the poster of the film that features the Tohid Tunnel in Tehran and its tagline reads ‘inspired by true events’. The actor wrote, “Get set for an action-packed Republic Day 2023. Thrilled to announce my next, #Tehran!”

Apart from John Abraham, the names of other cast members are still not known. Meanwhile, the film will be released on Republic Day next year, January 26, 2023.