Actress Tamannaah Bhatia is all set to play the female lead in Chiranjeevi-starrer Bholaa Shankar. The film, which is being directed by Meher Ramesh, also stars Keerthy Suresh in the role of Chiranjeevi’s sister. 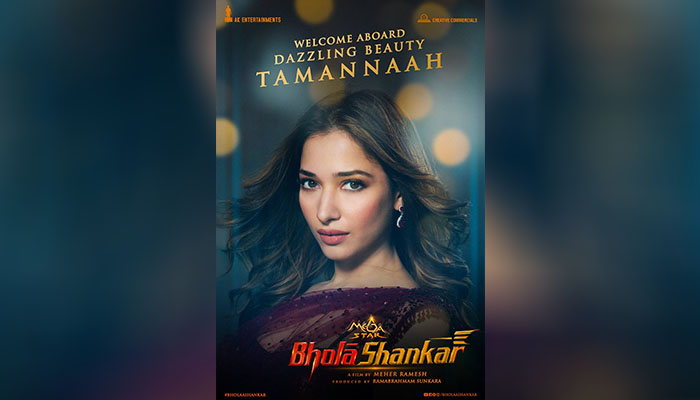 Tamannaah also took to her Twitter handle and wrote, “Honored and ecstatic to be a part of the MEGA MASSIVE MOVIE #BholaaShankar Can’t wait to share the screen with @KChiruTweets sir once again! Bring it on @MeherRamesh Gaaru! ”

The film marks Tamannaah’s second collaboration with Chiranjeevi after period drama Sye Raa Narasimha Reddy. The Meher Ramesh directorial is the Telugu remake of Tamil hit Vedhalam, starring Ajith in the lead role. Produced by Ramabrahmam Sunkara, the film’s team is all set to go on floors from November 11.

Meanwhile, on the work front, Tamannaah has F3, Plan A Plan B and Gurthunda Seethakalam in her kitty. Chiranjeevi, on the other hand has Godfather and an untitled project with director Bobby in the pipeline. His film Acharya will release in theatres on February 4.