Producer-Writer Tahira Kashyap Khurrana is also an avid social media user. Amid the pandemic, she has been sharing her posts about her life at home. 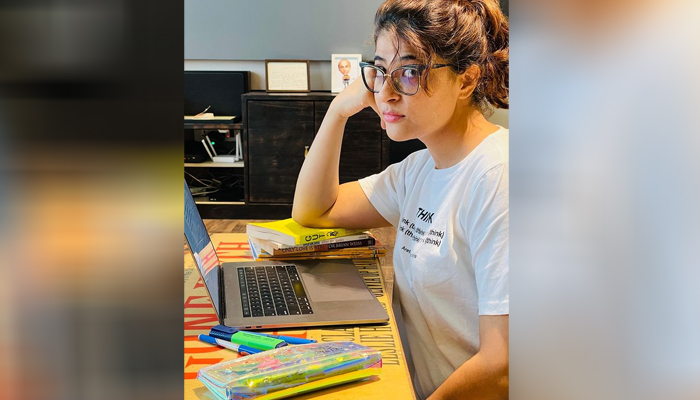 Sharing a picture of the same Tahira Kashyap Khurrana said: “I certainly am a lockdown writer and it’s costed me getting my specs back! 9 years of being specs and lenses free… sigh this is after getting a lasik done in 2011 🤓 well the emoji should be this🥸since this lockdown has costed me getting my moustaches too! #specy”.

Tahira is an author and filmmaker. She has written four books, the most recent being The 12 Commandments Of Being A Woman. Tahira Kashyap has also directed short films Pinni and Toffee.

Ayushmann Khurrana and Tahira were childhood sweethearts. The two got married in 2008. The couple welcomed their son Virajveer in 2012 and daughter Varushka in 2014.

Meanwhile on the work front, Ayushmann Khurrana will soon be seen alongside Vaani Kapoor for ‘Chandigarh Kare Aashiqui’. He reunited with Anubhav Sinha for ‘Anek’. Ayushmann has also announced his next film, a campus comedy drama titled ‘Doctor G’, helmed by Anubhuti Kashyap.