Last week released much awaited Telugu offering Sye Raa Narasimha Reddy has completed its opening week on an excellent note. After an earth-shattering opening globally, it got dropped abruptly afterward but still managed to gross good numbers at the box office. 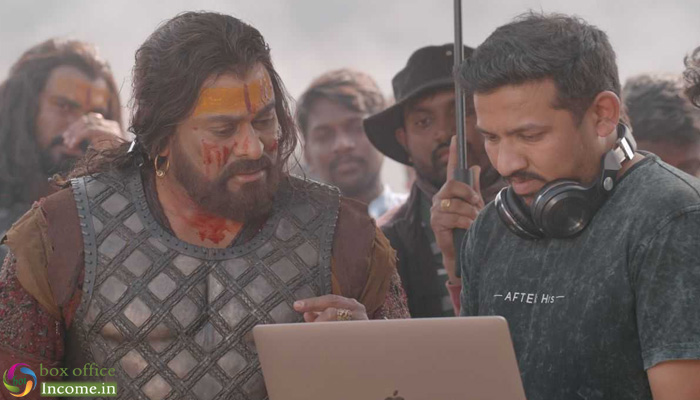 Directed by Surender Reddy, Sye Raa Narasimha Reddy is a epic action drama which got succeed to impress the viewers due to its impactful storyline and flawless performances by the leading duo superstar Chiranjeevi and the Bollywood actor Amitabh Bachchan.

Due to huge initial buzz, it opened on a phenomenal note and did the business of 69.14 crores on the weekend, that included 37.28 crores on Wednesday, 9.92 crores on Thursday, 6.86 crores of Friday, 6.74 cores of Saturday and 8.34 crores of Sunday from Andhra Pradesh & Telangana.

Then on weekdays, Sye Raa Narasimha Reddy faced usual drops in footfalls due to normal working days. On Monday with usual drop, it collected the amount of 5.45 crores. With little jump due to Dussehra Holiday, the movie minted the amount of 7.65 crores on Tuesday and 5.76 crores on Wednesday.

On the next day i.e. Thursday, Chiranjeevi starrer bagged the amount of 2.92 crores from the Telugu states. With this, the total collection of Sye Raa Narasimha Reddy after a week has become 90.92 crores at the AP/TG box office