The trailer of Hrithik Roshan starrer Super 30 was released today and the film has been garnered with a great response. Also starring Mrunal Thakur in lead, the first look of the film itself had created immense buzz amongst the audience with Hrithik’s deglam look winning appreciation from all across. 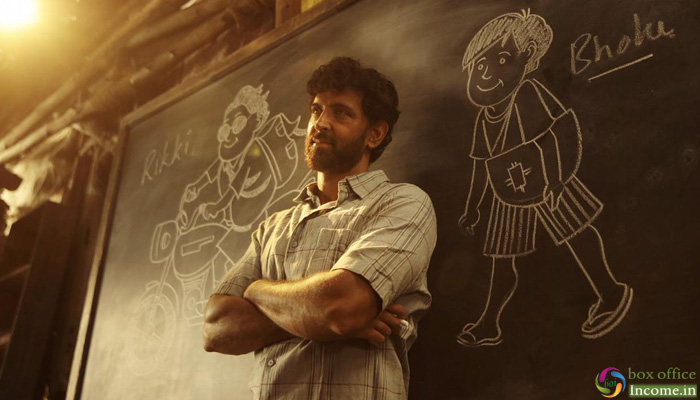 As per the announcement, trailer of Super 30 was released at 1 PM on Tuesday, 04 June 2019 and is expectedly being liked by everyone. One cannot deny the fact, that it is one of the best trailers in recent times which has created a great impact on the viewers as well as the entire B-Town.

Produced by Nadiadwala Grandson Entertainment, Phantom Films & Reliance Entertainment, while directed by Vikas Bahl, the film is a biographical drama. Super 30 is based on the remarkable true life story of India’s genius mathematician Anand Kumar who was born into a very poor family in the Indian state of Bihar.

Anand inducts 30 highly underprivileged but academically bright students into his ‘Super 30’ programme every year and coaches them free of cost in an efficiently designed course students to help them crack India’s toughest entrance examination of Indian Institutes of Technology (IITs).

The film captures the trials and tribulations of Anand’s life and the challenges he faced in order to set up his ‘Super 30’ institute. It is an inspirational story of his struggle and achievement, and how one man makes a difference in the lives of underprivileged students.

Superstar Hrithik Roshan has always surprised the audiences and critics, alike with his portrayal of versatile roles in his various movies. The actor is currently gearing up for the release of his next film, Super 30 which is set to release on July 12, 2019.