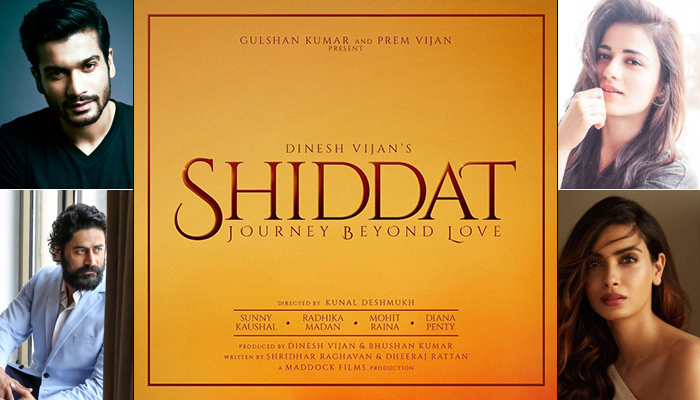 Dinesh said in a statement: “I got married recently, so I’m feeling it, but on a serious note in our day and age where love is taken so lightly, it’s difficult to imagine the lengths people would go to for it.

“‘Shiddat’ is a not only a story about love but the distance one travels for it. The passion that overcomes… Maybe all senses or logic to do things that you wouldn’t usually imagine, the belief in something with all your heart and the drive to achieve it- that’s ‘Shiddat’.”

The film will be directed by Kunal Deshmukh, who started working as an assistant director with films such as Zeher (2005), Kalyug and Woh Lamhe (2006), later he made his directional debut Jannat in 2008, starring Emraan Hashmi, produced by Vishesh Films. Sunny Kaushal is the younger brother of URI actor Vicky Kaushal.