Superstar Akshay Kumar’s upcoming drama film Sooryavanshi once again hit the headlines with it’s first look poster and final release date. Since the time of announcement, the film is buzzing among fans loudly and all were excitedly looking for further updates about it from the producers’ desk. 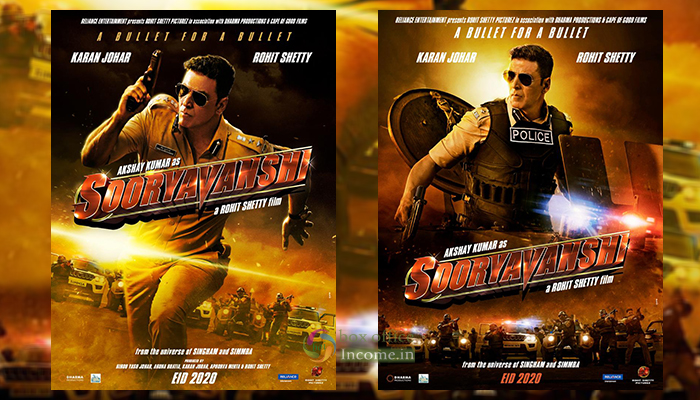 On the poster, Akshay is seen donning the uniform with an eveready look. In one the star is in the normal uniform, while in other, he is in a bullet-proof jacket. Backed by Karan Johar’s Dharma Productions, Sooryavanshi is directed by mass director, Rohit Shetty. It marks the first collaboration between Akshay Kumar and Shetty.

The three actors – Ajay, Akshay and Ranveer – have often been spotted together and have spoken about the cop universe – a first of a kind for Hindi film industry. While Singham is a profitable franchise, Simmba has become one of the biggest hits of 2018 and made records for both Rohit and Ranveer.

Coincidentally, a film with the same title, Sooryavanshi, was released in 1992 and featured Salman Khan in the lead role. The fantasy horror film was produced by Vijay Galani.