Having wrapped up Captain Vikram Batra biopic titled Shershaah which is releasing later this year, Sidharth Malhotra has already signed his next film. The actor will play a double role in the Hindi remake of Thadam. The film is produced by Bhushan Kumar and Murad Khetani. 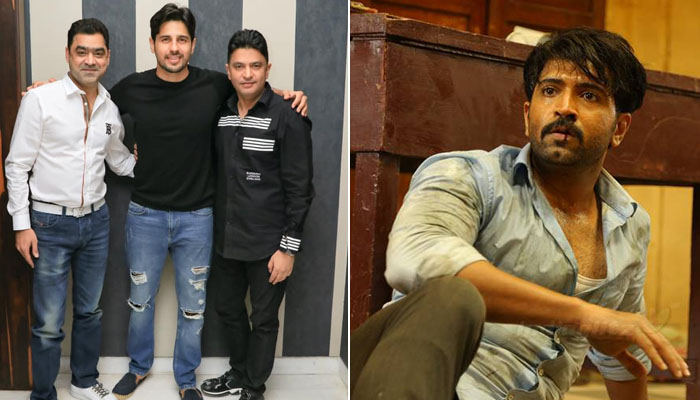 Sidharth, who was last seen in Marjaavaan, shared a picture with Bhushan Kumar and Murad Khetani on Twitter. He captioned the image as, “Double trouble! Excited to be a part of this ultimate entertaining thriller, in association with @itsbhushankumar, @MuradKhetani and #VardhanKetkar. See you at the movies on 20th November, 2020.”

After joining hands for the first time to deliver a massive hit Kabir Singh, makers Bhushan Kumar and Murad Khetani are coming back together for their fourth film together. Thadam is a Tamil film that released in March 2019. It stars Arun Vijay, Tanya Hope, Smruthi Venkat, and Vidya Pradeep. The plot of the film revolves around the murder of a young man.

This yet to be titled action thriller will be the first time the audiences will see Sidharth in a double role that will be helmed by debutant director Vardhan Ketkar. The film will see Sidharth, who has been a part of action films before, in two completely different avatars.

Apart from the Thadam Hindi remake, Sidharth will also be seen in Shershaah. The actor plays the role of Army Officer and Param Vir Chakra awardee Captain Vikram Batra in the film. Produced by Bhushan Kumar’s T-Series and Murad Khetani’s Cine1 Studios, Thadam remake will release on November 20, 2020.