Sidharth Malhotra begins the shooting for his upcoming film Yodha which is being produced by Karan Johar’s Dharma Productions. The director-actor duo has once again joined hands after the successful collaboration in Shershaah. 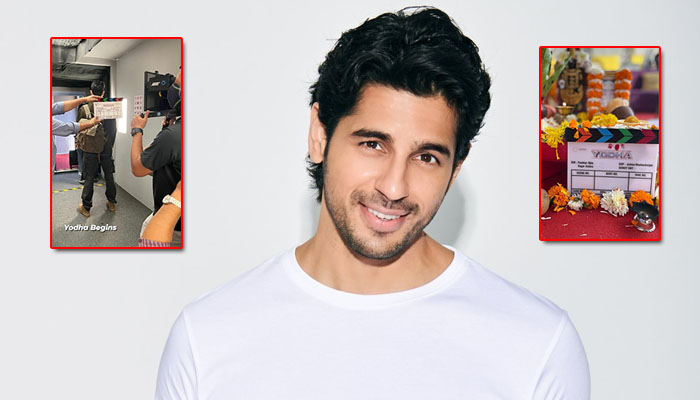 The actor began shooting for the production’s first action film franchise on November 27. Both the actor and the filmmaker took to their social media handles to share the muhurat shot of the film.

In the first image, he gave us a glimpse of the film’s clapperboard. In another image, he can be seen getting ready for his scene. We can spot him carrying a backpack. “Yodha begins,” he captioned the snap.

In the past, Sidharth and Karan have collaborated on numerous films, including his debut Student of the Year, Hasee Toh Phasee, and Kapoor and Sons. Yodha will reportedly also star Disha Patani and Raashi Khanna.

Yodha will hit the theaters on November 11, 2022. The project is being helmed by Pushkar Ojha and Sagar Ambre.