On the occasion of writer-producer Reema Kagti’s birthday, Excel Entertainment and Tiger Baby have launched the poster and video announcing the release of their next theatrical project, Kho Gaye Hum Kahan in 2023. 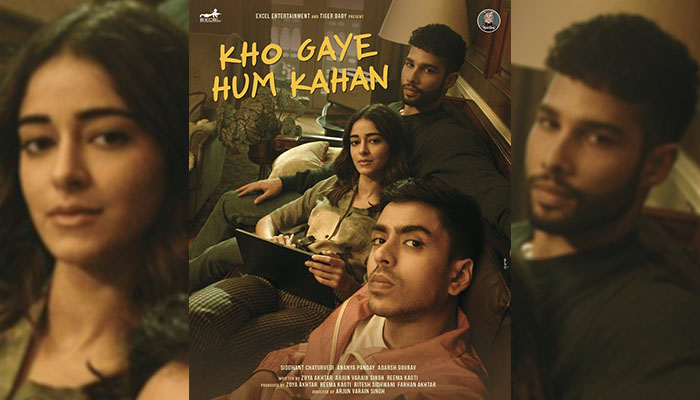 While Siddhant became a household name (MC Sher) after the success of Zoya Akhtar’s Gully Boy, fans are excited to see the talented actor share screen space with Ananya. It would also be interesting to see Adarsh in the mix, whose last breakout performance in the Netflix film The White Tiger garnered immense praise and appreciation.

Besides Kho Gaye Hum Kahan, Ananya Panday’s upcoming projects include Vijay Deverakonda’s Liger and Shakun Batra’s next where she is sharing screen space with Siddhant again along with Deepika Padukone.

Siddhant on the other hand, has Shakun’s film, Ravi Udyawar’s Yudhra in which he is paired opposite Malavika Mohanan and Phone Bhoot co-starring Ishaan Khatter and Katrina Kaif.