The much-delayed film Shershaah, starring Sidharth Malhotra and Kiara Advani, will finally release this year. But, it is going straight to digital. While the makers waited for cinemas to open but due to the COVID-19 pandemic, it seems like they have decided to finally release the movie on Amazon Prime Video. 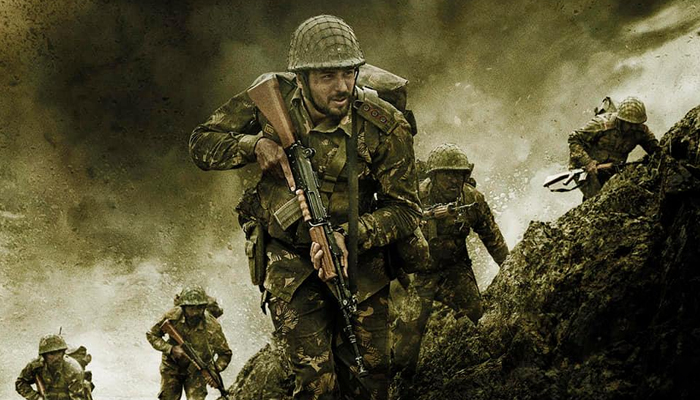 Shershaah will be heading to the streaming giant on Independence Day weekend. In a first-ever and landmark collaboration between Amazon Prime Video and Dharma Productions for a global premiere, Amazon Original Movie Shershaah will premiere on the service starting August 12, 2021.

“At Amazon Prime Video, we have always strived to bring to our audience stories that have heart, soul and are grounded in the soil of this country, with narratives that find resonance world over,” said Vijay Subramaniam, Director and Head, Content, Amazon Prime Video, India. “It is with great sense of pride that we announce the release of this year’s most inspiring story – Shershaah. The film marks the beginning of a new chapter for us, as we join hands with Dharma Productions for a direct-to-streaming global premiere and Shershaah is the perfect film for that. We are certain that this film will be a moving experience for our customers and a jubilant ode to braveheart Kargil war hero, Captain Vikram Batra (PVC), and the unmatched valor of our armed forces.”

“Shershaah is the true story of a war hero whose indomitable spirit and bravery brought victory to our nation. His sacrifices are invaluable and his life is an inspiration for generations to come. We are extremely glad to have found a home for what I believe is a true cinematic marvel, in Amazon Prime Video, and are excited to mark the beginning of a new chapter in our relationship with them. Shershaah is our homage to the valour of our soldiers and I hope every viewer’s heart swells with pride watching this film,” said Karan Johar, Dharma Productions.

“We knew Shershaah would be a special film from the minute the Batra family approached Sidharth Malhotra and us to tell the story of Captain Vikram Batra (PVC).” said Apoorva Mehta, CEO, Dharma Productions. “We are glad to have found a brilliant partner with Amazon Prime Video to take this story to the world and there is no better time to premiere this film than the Independence Day weekend. We are proud to present Shershaah to the audience and we hope they too echo the sentiment”.

“When Kaash Entertainment acquired the rights to Shershaah a few years ago, it was a dream come true. With Dharma Productions coming on board to bring this dream to fruition – it was the perfect icing on the cake. Our dream project now finally sees the light of day. With Amazon Prime Video associated, we’re thrilled that we have not just achieved what we set out to, but far surpassed the highest summits of our collective imaginations. The story of Captain Vikram Batra’s (PVC) bravery and valour will reach the worldwide audience it deserves.” said Shabbir Boxwala Kaash Entertainment – Founder & Producer.

Shershaah is a story of valour, love and sacrifice, and is inspired by the life of Captain Vikram Batra (PVC). The film celebrates his valiant spirit, and honors his invaluable sacrifice in the Kargil War of 1999. Staying true to his codename ‘Shershaah’, Captain Batra’s valiant fight and ultimate sacrifice was instrumental in India’s victory.