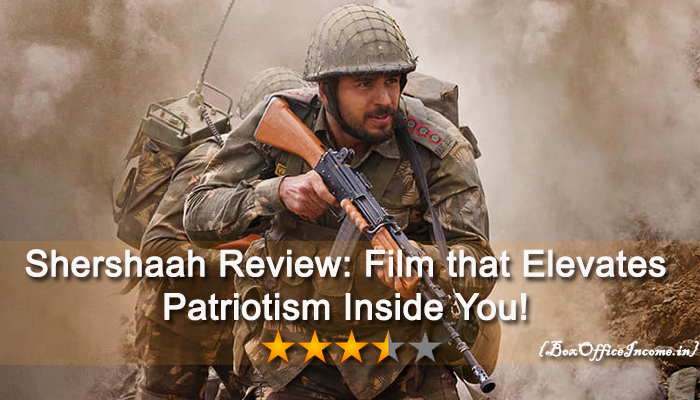 Performance:- Coming to performances, Sidharth Malhotra has delivered his career’s best performance in Shershaah. He is outstanding! He is clearly the soul of the film. Kiara Advani has a limited role, but she manages to do a fine job. Shiv Pandit, Nikitin Dheer, Himmanshoo A. Malhotra, Anil Charanjeett performances well. All the supporting casts have done commendable job.

Direction & Music:- Vishu’s direction is superb, especially considering that it is his first Hindi film. The music is average, but I loved the background score, hats off to John Stewart Eduri.

Final Words:- On the whole, Shershaah is a powerful experience. It has power-packed direction and power-packed sequences that remain etched in your memory even after the show has concluded. At the end, one line for Sidharth Malhotra’s performance “Yeh Dil maange more”.