Ever since the first look of Kartik Aaryan’s highly anticipated action drama Shehzada was unveiled, it has ignited the excitement of the audience to witness him in an action avatar. Following the poster release, the makers have dropped the trailer of the film which also stars Kriti Sanon. The film releases in theatres on February 10, 2023. 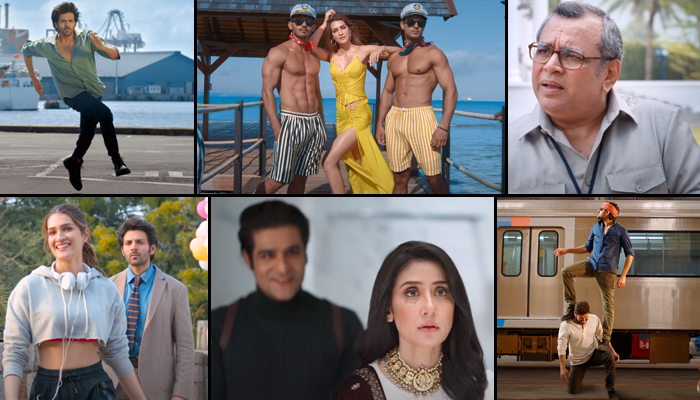 We can watch Kartik Aaryan’s transformation from a chocolate boy to a dashing Hindi film hero in the Shehzada trailer, which features him in a never-before-seen action avatar. Fans of Kartik Aaryan are eager to see this on the big screen since it undoubtedly excites the audience.

Shehzada is the Hindi remake of the 2020 Telugu movie Ala Vaikunthapurramuloo. The film originally stars Allu Arjun and Pooja Hegde. Shehzada trailer sees Kartik Aaryan get into the quirky character as he blends dollops of humour with slow-motion action sequences. Kriti Sanon brings a refreshing character on the screen.

On the work front, besides Shehzada, Kartik Aaryan has Satyaprem Ki Katha lined up for this year with Kiara Advani. He will also be seen in the third installment of Aashiqui. He also has Kabir Khan’s untitled in his kitty. Meanwhile, Kriti Sanon has Tiger Shroff-starrer Ganapath, and a movie with Tabu and Kareena Kapoor Khan.