Like most films that have been delayed due to the pandemic, the biopic of woman cricketer Mithali Raj, titled ‘Shabaash Mithu’ has also been waiting for its time to go on the floors. While the film’s lead actress, Taapsee Pannu, has already begun work on her form and shots, the makers are yet to decide when to start the shoot. 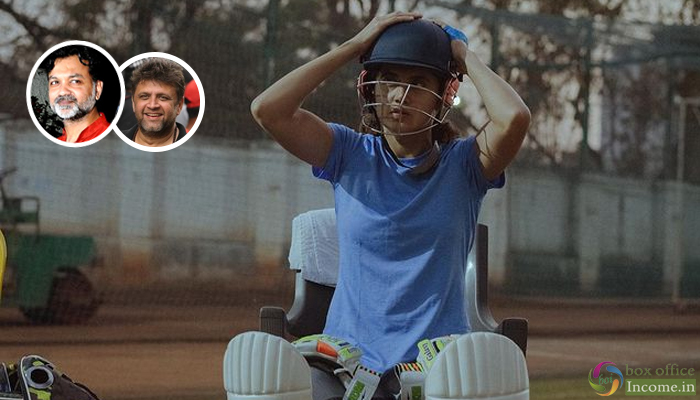 In the latest development on the film, that the biopic will now be directed by Srijit Mukherji instead of Rahul Dholakia who was earlier at the helm of affairs. Srijit Mukherji is known for directing cinematic masterpieces such as Jaatishwar, Chotushkone, Ek Je Chhilo Raja, Gumnami as well as Forget Me Not and Bahrupiya in the upcoming web series Ray.

Rahul Dholakia said, “There are some films which you know you have to do. Shabaash Mithu was that film. Covid messed up everyone’s schedules, mine was no different. Unfortunately, I won’t be directing the fabulous script written by Priya Aven and conceived by Ajit Andhare on the life of the legendary cricketer Mithali Raj. The passion of a studio head like Ajit Andhare who sat with us on all discussions- in covid, in lockdowns; at all times, the passion of a writer like Priya who worked very hard to strike the balance between emotion and cricket is commendable. Taapsee’s passion to immerse herself in the character made it a delight to work with her. Ajit has a vision and a plan for the film and the way to release it. I wish him and the team the very best for it.”

Shabaash Mithu is the tale of one of the world’s greatest woman cricketer, Mithali Raj, and chronicles the highs and lows, setbacks, and moments of euphoria of Mithali’s life with Taapsee Pannu essaying the titular role.

Meanwhile, Rahul, who had last directed the Shah Rukh Khan and Mahira Khan-starrer ‘Raees’ would have got back behind the camera with this one. However, now it remains to be seen as to what project will he take up next.