Akshay Kumar and Emraan Hashmi’s most-awaited film Selfiee, is set to hit theatres on 24 February 2023. The team is aggressively promoting the film and has announced that the theatrical trailer for the film will be released on Jan 22nd. 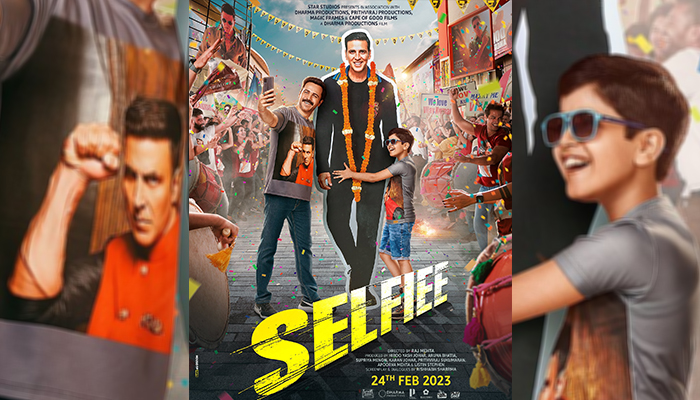 Sharing the poster, Kumar wrote on social media, “Dono ka dil ek hi superstar ke liye dhadakta hai. Gear up for a unique story of a superstar and his superfan!🏆 #SelfieeTrailer coming out on 22nd January. #Selfiee releasing on 24th February only in cinemas!”

Star Studios, Dharma Productions, Prithviraj Productions, Magic Frames and Cape Of Good Films have come together for the fun film Selfiee, which is a remake of the Malayalam film Driving License, featuring Prithviraj Sukumaran and Suraj Venjaramoodu in lead roles.

The Hindi version also features Nushrratt Bharuccha and Diana Penty as the leading ladies and it is directed by Raj Mehta. The film is expected to release on February 24.