Satyameva Jayate 2’s trailer, starring John Abraham and Divya Khosla Kumar and written and directed by Milap Milan Zaveri, will be released tomorrow. Meanwhile, the film’s producers have unveiled a new poster to keep the hype up. 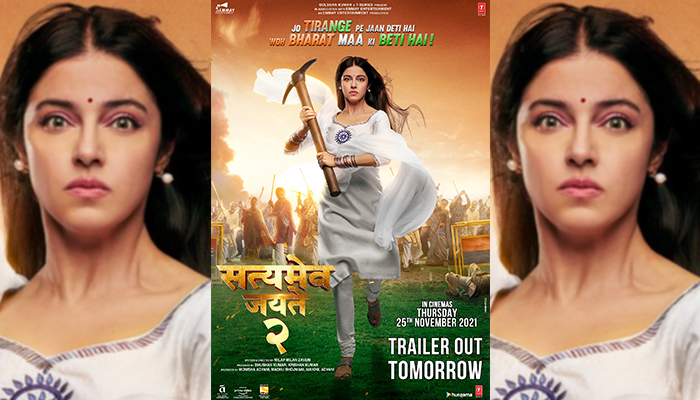 The poster features Divya Khosla Kumar who plays John Abraham’s leading lady in the film. Dressed in all white marching forward, one can be assured that apart from John Abraham’s heroism, we’ll also see Divya as a strong female protagonist fighting against corruption.

After the commercial success of Satyameva Jayate in 2018, the makers decided to take ahead the franchise ahead with Divya Khosla Kumar opposite John Abraham. Satyameva Jayate 2’s story revolves around fighting against injustice and misuse of power.