Sandeepa Dhar has begun the shoot for her upcoming next ‘Dirty Games’, directed by Vikram Bhatt. The actress announced the same with pictures from the set. 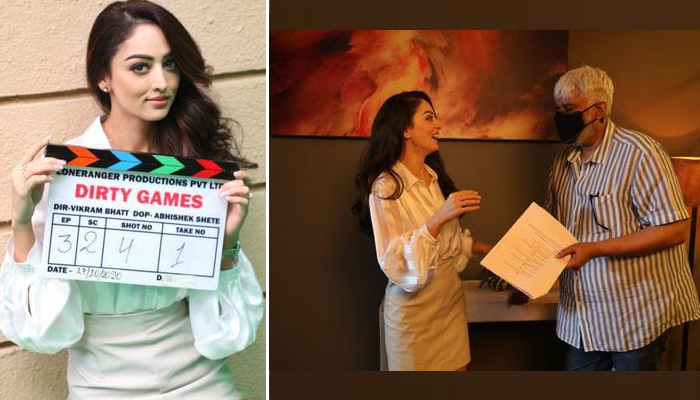 After wrapping the gangster drama MumBhai which is all set to release soon, Sandeepa Dhar is back on the sets for Dirty Games, the shoot for which began on Tuesday.

Giving a glimpse into the new venture, Sandeepa Dhar shared a picture with Vikram Bhatt on her social media saying, “Clearly @vikrampbhatt isn’t amused by what I had to say! And we have just begun 😬😬 Wish me luck 🤣🙃🙃”. Marking Sandeepa’s first association with Vikram Bhatt, Dirty Games also stars Omkar Kapoor.

Sandeepa Dhar has been shooting back to back since July amidst the pandemic, ever since the shoot for films and shows resumed with unlock across the nation.

Having played a CA in MumBhai, Sandeepa Dhar slips into yet another strong character in Dirty Games as she plays a psychiatrist in the Vikram Bhatt directorial.