The shooting of Salman Khan and Katrina Kaif starrer Tiger 3 is going on in full force. The duo was snapped at the Mumbai airport just recently. Even though Salman and Katrina were photographed individually, it was confirmed that the two are jetting off to Russia to commence the film’s shoot. 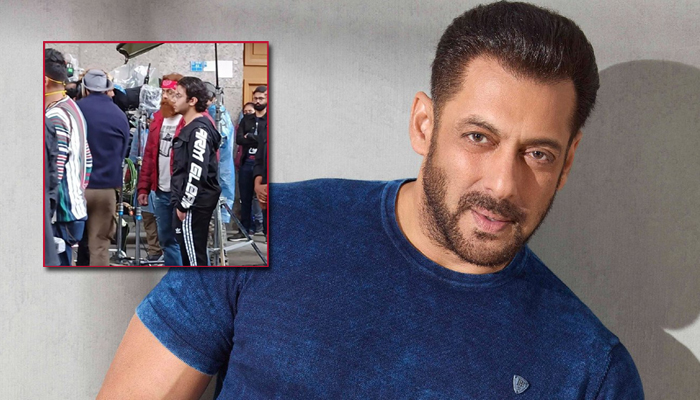 Well, much to fans’ delight there are a few photographs from the film’s shoot location that are going viral on social media. In the pictures, we see Salman in a never-seen-before avatar and he looks unrecognisable. The actor is seen sporting a brown-golden brown beard and hair. He even donned a red bandana on his forehead. Salman wore a white tee, blue denim, and a maroon jacket.

Set pictures shared on social media showed Salman Khan wearing a disguise, as he filmed a scene in character. He plays a RAW agent in the film. Also spotted was his nephew, Sohail Khan’s son Nirvaan Khan, who appeared to be working with him in some capacity.

The actor was seen shooting for a chasing car when the pictures were captured. Post these pictures, now fans cannot hold their excitement back as they are waiting for Tiger 3 to release. Tiger 3 also stars Emraan Hashmi as the antagonist.

Apart from ‘Tiger 3’, Salman Khan also has ‘Kabhi Eid Kabhi Diwali’. The film will be directed by Farhad Samji and Pooja Hegde has been roped in to essay the leading lady opposite Salman Khan. The actor has also shot for action entertainer ‘Antim – The Final Truth’ with brother-in-law Aayush Sharma. Directed by Mahesh Manjrekar, this film is said to be based on Marathi hit ‘Mulshi Pattern’, which released in 2018.