After the release of Radhe: Your Most Wanted Bhai, all eyes are on Salman Khan’s next Antim: The Final Truth along with his brother-in-law Aayush Sharma. Directed by Mahesh Manjrekar, the film will also have a special dance dumber featuring Varun Dhawan. The dance number is centered around Lord Ganesha. 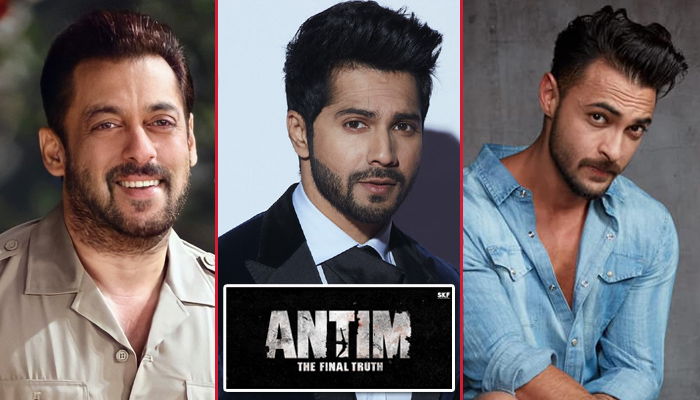 Talking to a leading portal, a source revealed, “Since the premise of Antim unfolds in Maharashtra, the makers have gone all authentic with the set up and incorporated a special Ganpati number in the narrative composed by Sajid – Wajid. While Varun Dhawan will be seen grooving to the beats celebrating the arrival of lord Ganesha, Salman Khan and Aayush Sharma too will be a part of the song,”.

“The nation will be welcoming the arrival of lord Ganesha, and it’s a small ode from the team of Antim to the celebrations. Salman and his entire team feel that the song encapsulates the vibe of the festive season very well and the song will slowly find a place in all the Ganpati mandal’s.”

While details regarding when the Salman Khan-Aayush Sharma is releasing is still under wraps, sources close to the development suggest that the team is thinking of bringing it to the screen by mid-October, aka during the Dussehra period.

Talking about Antim, Salman will be seen playing a Sikh cop in the upcoming gangster drama. He will be seen pitted against Aayush Sharma, who plays a gangster. The film was shot for 60 days, of which, Salman’s track was wrapped up in 25-30 days. The film was shot across real locations in Pune and the outskirts of Mumbai, before finally being wrapped with a schedule at Filmcity.