Last year, when Bhoot Police was announced, the audience got excited. Horror comedies are rarely made in Bollywood, and we mean the good ones! At that time, the star cast announced was Saif Ali Khan, Ali Fazal and Fatima Sana Shaikh. But the latest announcement is quite a new one. The horror-comedy will now star Saif along with Arjun Kapoor in the film. 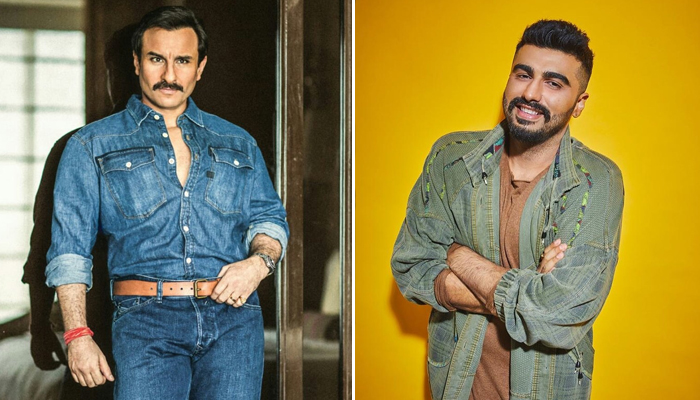 An elated director shares, “Rameshji, Akshai Puri and I are excited to bring this spooky adventure comedy on the celluloid for everyone to experience the thrills and laughs on the big screen. I am really thrilled to have Saif and Arjun come together for this entertaining feature. Both of them will be seen bringing their trademark fun elements to the brand new avatars they will portray in this film. We are gearing up to start the shoot by the end of this year.”

Arjun’s Sandeep Aur Pinky Faraar was supposed to release this year but it has been delayed due to the coronavirus. Seems like the makers want to sit out the pandemic and release the movie in theaters instead of an OTT premiere directly. He has also doing a cross-border romance film with Rakul Preet Singh.

Meanwhile, Saif has announced that he is expecting his baby with Kareena. He is father to Taimur, Sara and Ibrahim Ali Khan. The actor was last seen in a cameo role in Dil Bechara.