Salman Khan is famous for helping launch several Bollywood careers, and 10 years after he launched Sonakshi Sinha as Rajjo in Dabangg, he has launched another fresh face with this franchise, by casting the young Saiee M Manjrekar as his long lost love, Khushi. 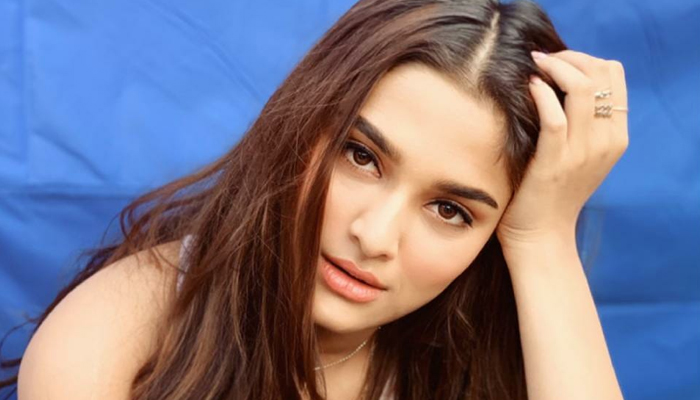 Six months after the release of Dabangg 3, the young starlet admits that her life has changed completely. ‘I am more aware of how I look, and I am more careful of what I say and do.’ comments Saiee, while also admitting that she loves being recognised in public, and taking selfies with fans. ‘Once, before lockdown, a fan saw me in a car and followed me all the way to the restaurant I was visiting just to click a picture! I felt so special’

Despite her newfound fame, the 18-year-old is extremely grounded. ‘Dabangg 3 released 6 months ago, in December, and people have moved on. Now only my work can ensure that I sustain, and that will be my true achievement.’ she comments. Her inspirations are other young and upcoming actors, her contemporaries, like Ananya Panday, Sara Ali Khan and Jahnvi Kapoor. ‘I watch not only their films but their interviews as well. They are so relatable, so real. I would like to imbibe the confidence they exude, but I know it takes a lot of inner work to make it possible.’ she says.

She also believes that her youth gives her a strong advantage, that she has ample time to experience ups and downs in her career. ‘Then by the time I am more mature, I will know my strengths.’ she explains. When asked if she feels any pressure having made her debut as a Dabangg girl, and she comments airily, ‘ I am too young to feel any pressure. This is my time to discover myself, make mistakes, fall and get right back up. Right now I am just looking for something out of the box that challenges me and seems beyond my reach. With each day, I learn something new about myself and it is an amazing journey. People can expect a lot of surprises from me, as I am surprising even myself every day.’

How does the star plan on continuing her father, Mahesh Manjrekar’s legacy? She humbly comments that he is an amazing actor and director and that she would need a lot more experience to carry his legacy forward. ‘But I do plan on making him proud!’ she asserts, pointing out that there are several other aspiring actors in the family. Her sister Gauri just did a Marathi film, while her brother Satya just wrapped up a web series. Her elder sister is a chef and hasn’t thought about entering the industry.

Reminiscing on her debut, she says that it was an overwhelming experience for her family to see her on-screen. ‘For the first 10 minutes, we were all silent because we were all just crying. Getting to work with my parents in my first film was just a blessing.’ And on her co-star, Salman Khan, He has always been my mentor; someone I can go to for even to for even the smallest things. My parents and he are the first people I run to whenever I get any kind of work’ Any other upcoming projects with Salman? ‘I speak to him often, but there hasn’t been any work-related discussion,’ she comments, saying that she was about to start working on her next film just before the lockdown began, details of which she says are under wraps.

Commenting on the nationwide lockdown, she admits that it did take her some time to adjust, but now she has a routine in place. ‘I’ve also become more aware of what I am putting into my mouth. The only downside is my inconsistent sleep timing. But irrespective of what time I wake up, I cycle around my building every day,” she adds.

The late Saroj Khan helped the starlet brush up her dancing skills before Dabangg 3. When mentioning the choreographer, the star gets dewy-eyed. ‘I started training with Masterji in August 2019. We’d train rigorously for an hour every day and then have chai, that was our ritual. t was amazing working with her, but unfortunately, I couldn’t get her famous Rs 101 reward,” rues Saiee, adding that she had a chance to speak to Saroj-Ji when she was hospitalised and hopes that she is now in a better place.