T-Series is all set to drop yet another mesmerising single ‘Tere Vich Rab Disda’ by incredible musical duo Sachet –Parampara who have given us a number of hits including film and non-film songs. The duo first created a brief version of the song that went viral on internet and received abundance of love. 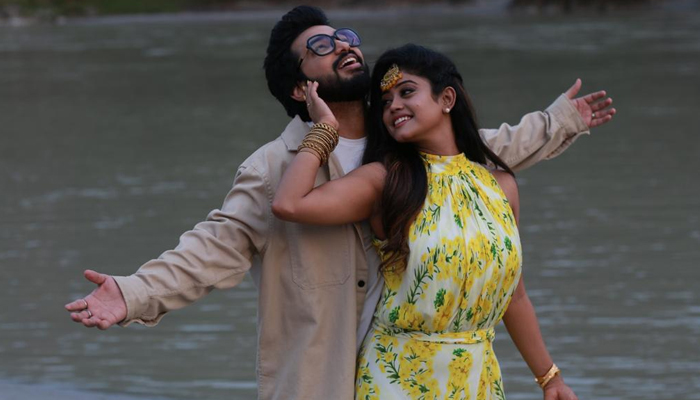 Following the success of the short clip with adoration and requests from the fans, Sachet-Parampara are now all set to bring to us a full version of ‘Tere Vich Rab Disda’ which sure is going to be the love song of the season composed by Meet Bros. The music video features amazing actors and ex-lovers Shamita Shetty and Raqesh Bapat.

Expressing his thoughts about the song, Sachet Tandon said, ”It’s always an amazing experience creating something new, and Tere Vich Rab Disda is something very close to my heart. Parampara and I first created a short version of this song which eventually received a lot of love from the fans and that encouraged us to gift the fans a full-fledged song. The music we make comes directly from our heart and enters the audience’s hearts and I think that is exactly what we aim to do with this song. Needless to say, the awesome Meet Bros have been the best part about this song. They were very clear about what they want in the song and I think that is what makes them stand out.”

Excited about the song, Parampara Tandon said, “I am already in love with this song. Even when Sachet and I were working on this, it was like we are in a different world. Tere Vich Rab Disda is a romantic song that directly reaches your heart when you listen to it. This song is for all the fans who never fail to shower their endless love on us with every song that we present. I am sure like all our other songs, this song will also dig deep in the listeners’ hearts especially because my favourite Meet Bros have contributed in creating this masterpiece.”