The wait is over! After releasing the new poster of the film Saaho, the makers have now released the teaser as well. The movie features Prabhas and Shraddha Kapoor in the lead role while Neil Nitin Mukesh, Chunky Pandey and Mahesh Manjrekar, Jackie Shroff and others in the supporting roles. 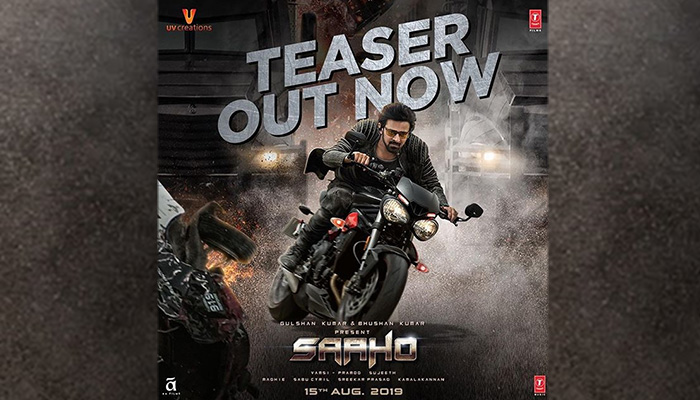 The teaser doesn’t have too many dialogues and the composers have used haunting music to convey the emotions .A glimpse of Neil Nithin Mukesh and other prominent characters in the film also appear in the teaser, but it is clearly Prabhas’ one man show of what is going to be a feast for action lovers. The cinematography is terrific and stunning with grand VFX effects.

UV Creations has not compromised on the budget and ensured that the film is rich and stylish in every frame with top class production values. Saaho is Prabhas’s comeback to Telugu movies after the very successful Baahubali 2: The Conclusion.

Set to release on 15 August 2019, directed by Sujeeth. The film, which was shot predominantly in Telugu, will also release in Tamil, Malayalam and Hindi.