Baahubali actor Prabhas, who is gearing up for ‘Saaho’ has unveiled a new poster of his upcoming movie Saaho on Instagram and announced the release date of the highly anticipated film. However, the teaser of the film was released earlier in April 2017 along with the release of Prabhas’ previous film Baahubali 2: The Conclusion. 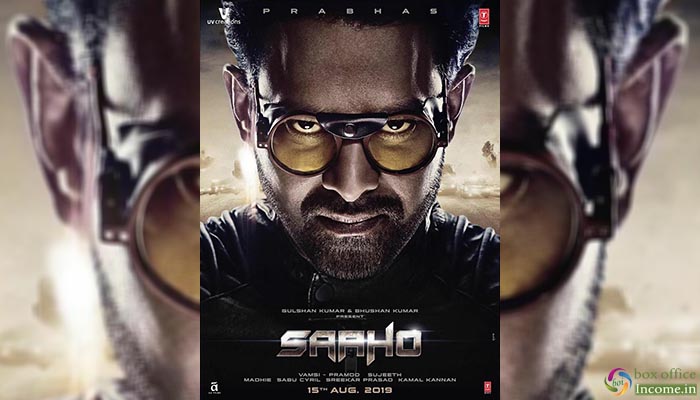 Prabhas took his Instagram page on Monday to announce that he had a surprise waiting for his fans on Tuesday. All his followers were thrilled over his video message in which he was seen saying, “Hello Darlings! How are you? Tomorrow, I have a surprise for you. Check out my Instagram account.”

As promised, Prabhas took to his Instagram account on Tuesday morning to release the official poster of Saaho and announced its release date. The actor captioned it, “Here it is darlings, for all of you… The new official poster of my next film Saaho. See you in theatres on 15th August! #15AugWithSaaho @officialsaahomovie @sujeethsign @shraddhakapoor @uvcreationsofficial @tseries.official.”

The poster has him looking intensely into the camera, wearing uber cool shades highlighting his penetrating stare. The poster, though not revealing much, became a hit instantly as fans commented that they can’t wait for the film to release.